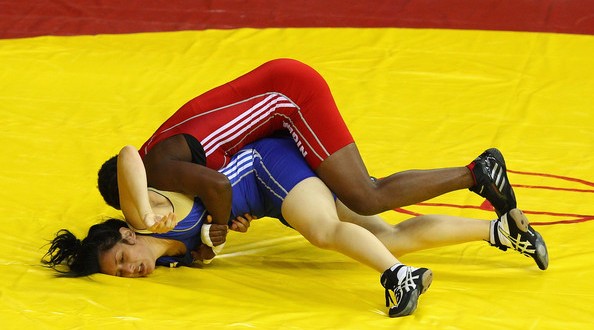 April 4, 2016 Comments Off on Six Wrestlers Qualify For Olympics 36 Views 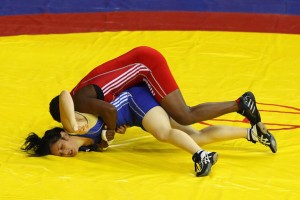 Six Nigeria wrestlers have qualified for the   Rio 2016 Olympic Games in  Brazil after getting to the finals of their various events at the Africa/Oceania Olympic Games Qualifying Tournament in Algiers, Algeria.

The competition, which ended on Sunday, featured over 200 wrestlers from Africa and the Oceania.

Odunayo  Adekuoroye was the first Nigerian wrestler to qualify for the Games after winning bronze at the 2015 World Wrestling Championships.

Oborududu, who is a seven-time African champion, will represent the country in the 63kg. She qualified along with Tunisia’s Hela Riabi, who she lost to 8-7 in the final. Genesis, who won all her three fights at the qualifiers, will fight in the 48kg. Adeniyi, who lost in the final to another Tunisian, Marwa Amri, will compete in the 58kg and Reuben, who defeated Egypt’s Enas Ahmed in the final will fight in the 69kg.