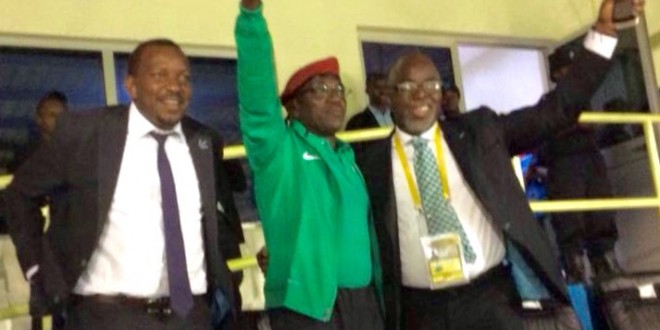 I Won’t Force NFF Board To Resign —Dalung 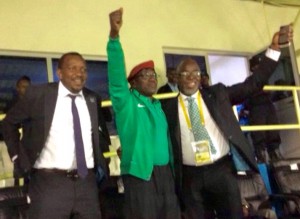 Following  the spate of criticisms that trailed the ouster of the Super Eagles from the race to the 2016 Africa Cup of Nations (AFCON), Youth and Sports Minister, Barrister Solomon Dalung, has declared that he cannot force the Amaju Pinnick-led Nigeria Football Federation (NFF) board to resign.
The minister had on Wednesday, through his twitter handle Solomon Dalung @SolomonDalung, blamed the inability of the Eagles to qualify for the African football showpiece on the crisis which engulfed the country’s football-governing body, saying there was no reason the country could not qualify for the AFCON.
Addressing sports journalists in Abuja on Friday, the minister insisted that he would not force the NFF board to resign, saying that he was waiting for a meeting with the NFF next Tuesday, before making a categorical statement on the whole scenario.
Dalung, however, declared that no one could use him to destabilise a constituted body, saying that, “I implement laws based on facts on ground. I cannot use social media gossips as a basis.
“It is unfortunate not to qualify for AFCON 2017 but I believe we have learnt from our mistakes and hope that such would not repeat itself. It is true that we need to review some of the country’s football structure. We have to measure up to expectations.
“We are meeting with the leadership of the NFF on Tuesday to receive a comprehensive report and review the authentic technical reports they would present.”
Meanwhile, Dalung stated that the immediate past Director-General of the National Sports Commission (NSC), Alhassan Yakmut, did not give any account of the N2.9billion released by the Federal Government to the commission to prosecute the All Africa Games in Congo Brazzaville last year and the Rio Olympic Games qualifiers. 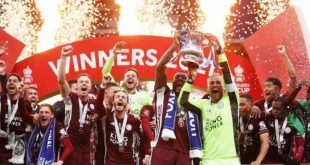 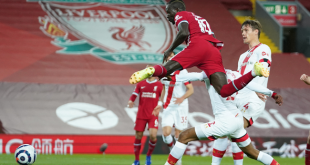