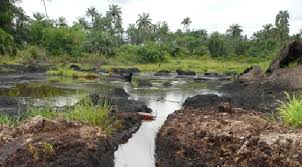 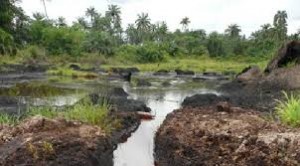 Environmental Activists  and community-based groups from the Niger Delta have called on the Nigerian government to match talk with action in the implementation of the United Nations Environment Programme (UNEP) Assessment on Ogoniland.

At a meeting on the non-implementation of the UNEP assessment report on Ogoniland held in Abuja, the groups said the call became imperative in the light of the observed inactivity in relation to the clean-up of Ogoniland nearly one year after government released a $10 million grant for the commencement of the exercise.

The groups said that on the contrary the plight of the Ogoni have worsened following the politicization of the exercise, a development that has spurred violence in the communities as the local people are denied the basics of life such as clean water, a clean environment and sustainable livelihood.

ERA/FoEN Executive Director, Godwin Ojo said: “As we march towards the fifth year of the release of the UNEP assessment and it’s non -implementation, no one is in doubt that the Ogonis continue to bear the burden of the environmental degradation, livelihood losses and other fallouts that is blamed solely on Shell”.

Ojo expressed dissatisfaction that even after the announcement of the take-off grant for the clean up by President Muhammadu Buhari in 2015 the administration is yet to put in place the relevant institutional structures and frameworks to actually instigate the commencement of the exercise.

He explained that while this administration must be commended for taking the bold initiative of committing to take actions that the previous administration did not, the $10 million still remains the only action taken, and this represents a mere 1 per cent of the N1 billion that the UN agency recommended as take off fund for the exercise.

Geert Ritsema of Milieudefensie said: “We stand in solidarity with the Ogoni people in their legitimate demand for immediate actions to remediate their degraded environment. There should be no delay in making Shell take full responsibility for this mess ”

In similar vein, Paul de Clerck of Friends of the Earth Europe said: “Justice delayed is justice denied. The more the delay in commencement of the clean-up recommended by the UNEP the more the people suffer deprivation.”

The groups reiterated their position that Shell is liable and should be prosecuted for the crime of ecocide since it had wantonly destroyed the environment of the people of the Niger Delta consistently andover a long period.

They also demanded among others: Compensation for Ogoni people, the need for establishment of a clean-up fund of $100 billion for the entire Niger Delta and the baring of Shell from the cleanup process except financial contribution in line with ERA/FoEN recommended Polluter Pays Principle.

The highpoint of the engagement was the release of a report titled: No Progress: Will Shell Evade Justice? which pinpoints specific issues the government has failed to address in getting the implementation of the UNEP report on auto pilot.

Share
Previous Bank Customers Lost N2.25bn To Fraudsters In 2015– CBN
Next We Are Working to Change Nigeria-Buhari