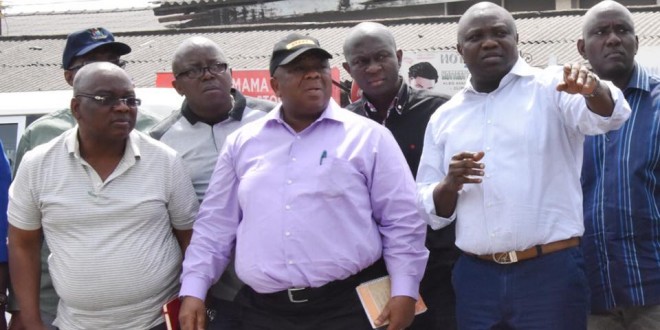 Lagos To Cancel Restriction During Sanitation

April 1, 2016 Comments Off on Lagos To Cancel Restriction During Sanitation 10 Views 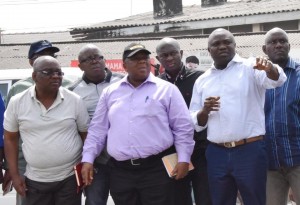 The Lagos State Government has revealed plans to cancel restriction during the monthly environmental sanitation in the state by the end of the year.

The Commissioner for the Environment, Dr Babatunde Adejare, stated this on Thursday at the monthly briefing of the ministry.

“Governor Akinwunmi Ambode, in line with his responsive government, hopes to discontinue restriction during the monthly environmental sanitation exercise,” he said.

He said the governor believed that as the fifth biggest economy in Africa, Lagos State should function round the clock, adding that the government could no longer afford to keep shutting down the megacity because of sanitation.

The commissioner added that the state had issued a seven-day notice with effect from Thursday to some markets across the state for violating environmental laws.

Adejare said the markets would be shut if the traders failed to comply with relevant laws regarding sanitation.

He said despite continuous advocacy, enlightenment and appeals, some market leaders and traders had been violating the extant laws on the environment.

“The state will no longer allow a few bad eggs hiding under the guise of making a living to compromise the health and safety of the greater law-abiding majority who may unjustly suffer the likely outbreak of diseases and flooding of their homes,” he said.

The commissioner explained that the government had zero tolerance for street trading and all environmental abuses that would hinder the state’s cleanliness up to a level comparable with its peers anywhere in the world.

Adejare noted that illegal trading in some of the markets, on the highways, walkways and setbacks, if not checked, could further compound the traffic problem in the state.

“Off-loading of goods and market activities are strictly to take place henceforth only within the markets,’’ he said.

He also appealed to illegal traders around the new Oyingbo market, who had been given space inside the new market by the state government, to make use of the ultra-modern facility responsibly and stop trading outside the premises of the market.

Share
Previous I Won’t Sign Budget In A Hurry- Buhari
Next Building Nigeria, Not An Overnight Operation, US Tells Buhari