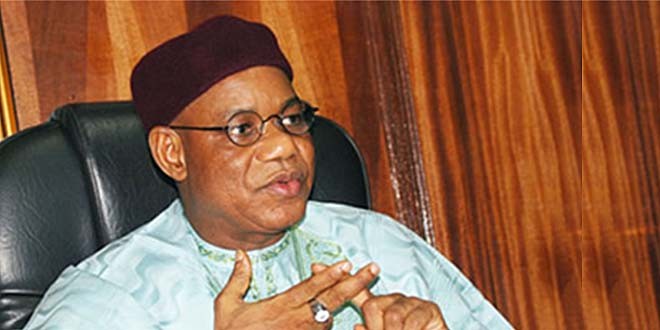 The Economic and Financial Crimes Commission has traced N320m to the account of the Goodluck Support Group, a collation of campaign groups, driving former President Goodluck Jonathan’s bid for the 2015 presidential poll.

The group, which coordinated over 100 pro-Jonathan groups during the electioneering, was headed by Jonathan’s Special Adviser on Political Affairs, Prof. Rufai Alkali.

The money, it was learnt, emanated from the account of the Central Bank of Nigeria and was distributed to the group.

“It was from the Joint Dimension’s account with Zenith Bank that the money was shared to various individuals and organisations for purposes that are not stated,” the source said.

The JTDNL account was coordinated by the Director of Finance of the Peoples Democratic Party Presidential Campaign Organisation, Nenadi Usman.

Usman, a former minister, who the commission accused of collecting N36.9m through her Zenith Bank account no. 1000158311, is said to be in the United States.

All attempts to reach Alkali proved abortive as his two telephone sets indicated that they were switched off.

He did not also respond to an SMS sent to the sets.

Efforts to get Usman did not succeed as her mobile equally indicated that it was switched off, while she had yet to respond to a text message sent to her telephone as of the time of writing this report.

However, a reliable source within the party told our correspondent that the money was approved by the Presidency as there was a memo signed by the Permanent Secretary at the Villa, authorising that the money be paid by the CBN.

Meanwhile, the commission has begun investigations into the fresh contract scam involving the Office of the National Security Adviser.

It will be recalled that a presidential committee, set up to investigate how contracts were awarded and executed, in a report last week, indicted about 300 companies and over 12 dignitaries.

So far, the commission has traced N300m to the immediate-past Chairman of the House of Representatives on Security and Intelligence, Bello Matawalle, whose name featured on the list.

The ex-lawmaker was among those indicted for allegedly receiving payments without contractual agreements, according to a statement by the Senior Special Assistant to the President on Media and Publicity, Mallam Garba Shehu.

A reliable source at the EFCC told our correspondent that Matawalle allegedly used his position as the chairman of the committee overseeing the affairs of the ONSA to receive N300m from the agency.

However, the anti-graft agency said the money was shared among members of the PDP caucus at the House ahead of last year’s general elections.

The source said the method of getting money out of the ONSA was to conjure a fictitious contract after which funds would be given to the individual involved.

“Money was then transferred to these people but the terms of the contracts were never met because there was no contract in the first place.

“Investigations revealed that Matawalle received N300m from the ONSA and the money was shared among members of the PDP in the House. The funds were to assist them with their campaigns and to also campaign for former President Goodluck Jonathan.”

All attempts to speak with Matawalle for three consecutive days proved abortive as calls put through to his mobile were rejected while text messages were not responded to.

He was, however, said to be out of the country.

Similarly, the EFCC traced over N300m to one Mrs. Oluwatoyin Oluwagbayi, a former Special Assistant to Hajia Turai Yar’Adua, who is the wife of the late President Umaru Yar’Adua.

It was also alleged that she received N300m from the ONSA through her company.

Oluwagbayi was also said to be out of the country as of Wednesday.

However, one of her associates confirmed that she received money but refused to state the amount, explaining that the money was given to some selected PDP National Assembly candidates to assist them with their elections.

The source said, “She received money from the Presidency but she never knew that the money was from the ONSA. We have a list of how the money was spent and all those who collected the money and we spent it judiciously.

“The money was given to her by the Presidency. We were thus surprised to see her name on the list of those who received contracts from the ONSA. We were not in a position to ask the Presidency where the money came from.”

When contacted on the telephone on Wednesday, the spokesma