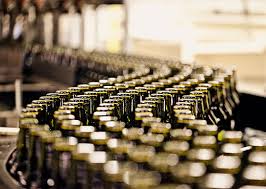 rganised Labour, yesterday, raised alarm that the food, beverage and tobacco sector of the nation’s economy was on the verge of shutting down and that over three million jobs were at risk due to the inability of companies to source foreign exchange to import raw material for operations.

Already, leading companies in the sector, such as Nigerian Flour Mills, Nigerian Breweries Limited, Guinness Plc, Nigerian Bottling Company, 7-UP Bottling Company Plc, Friesland Campina Wamco Plc, among others, have written to labour for discussions on retrenchment of workers.

In the last three months, no fewer than 1,500 workers had been sacked in the sector as employers seek ways of coping with foreign exchange crisis, among other challenges. Workers during an industrial action.

At a briefing in Lagos, leaders of Food, Beverage and Tobacco Senior Staff Association, FOBTOB, called on government to intervene to save the industry and over three million jobs. President of FOBTOB, Quadri Olaleye, claimed that employers in the sector had devised every opportunity to sack workers, adding that between the 2012 and the first half of 2015, over 3,000 workers were sacked in the guise of re-engineering, restructuring, right sizing, downsizing, redundancy and re-organisation.

He lamented that over the years, the same excuse of difficult business terrain, dwindling profit, irregular and insufficient power supply, and so on had been given. He said: “The current situation has reached a pathetic level, because it seems all the employers in our sector are in competition with each other on who can lay off the most workers.

“Every company is now calling for a downsizing of the workforce, and this time under the guise of lack of foreign exchange due to the Federal Government’s recent policy on foreign exchange. “We are aware that not all the raw materials used in our industry can be sourced locally. Where they can be found, they are mostly not available in commercial quantity.

“That is why it is imperative that the government, through the Central Bank of Nigeria, CBN, takes a second look at the policy on foreign exchange to avoid shutting down the companies in our industry.” According to him, companies mostly hit by the crisis are intellectually lazy to engage in research development on alternative sources of raw materials.