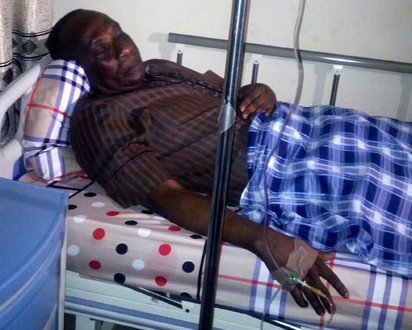 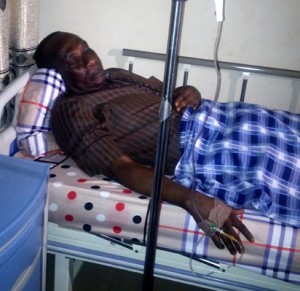 Mr. Akanni Afolabi, of the Ekiti State House of Assembly who became the subject of a death scare in the custody of the Department of State Services, DSS last week has regained his freedom.

Afolabi who was freed after 18 days in detention was, however, immediately admitted in a private hospital in Abuja for treatment. Akanni The lawmaker was very weak and could barely speak when Vanguard visited him at the hospital even as he kept repeating “I am not well.

I am sick. I am sick.” He was receiving intravenous fluid in the private hospital as at the time of the visit. He, however, disclosed that he was treated for malaria at the DSS detention facility after he collapsed two times.

He said his release may not be unconnected with his deteriorating health situation, adding that he was not told by the DSS operatives why he was he held. Afolabi was picked up on March 4 when DSS operatives stormed the premises of the State House of Assembly in Ado-Ekiti.

The Chairman of the Ekiti Assembly Committee on Information, Hon Gboyega Aribisogan, told Vanguard when the news of the lawmaker’s release filtered to town that; ‘’We are very happy about the development.

The entire  state  state is agog with jubilation. ‘’His incarceration really bothered us. ‘’I can confirm that every other person detained with him has also been released. ‘’Immediately he was released, Governor Ayodele Fayose ordered that he be taken into a hospital, which is where he is now.’’
Culled fromwww.vanguardngr.com