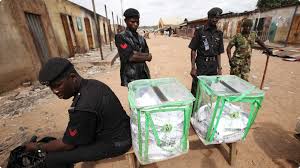 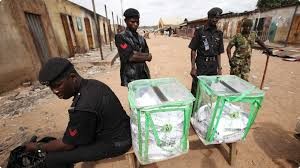 In all honesty, I am completely disappointed with the type of elections that we have always had in Nigeria since the restoration of democracy in 1999. It is quite unfortunate that such a simple social norm has been miserably taken to the edge of extremism, all because of parochial politics. I am greatly saddened that the Federal Government of Nigeria, in this 21st century, cannot peacefully conduct an election in just one state of the country. When are we going to get to rocket science, if we keep flopping our electoral process in the most barbaric manner? Humiliating, I must say.
The Rivers State Resident Electoral Commissioner (REC) of Independent National Electoral Commission (INEC), Aniedi Ikoiwak, the man vested with the power by INEC  to superintendent over the just past re-run elections in the state, tried effortlessly to defend his employer on the catastrophe ridden exercise. During a live interview on Channels TV, Mr Aniedi, asserted that the whole problem started when some Party Agents insisted on result sheets that were counter-signed by INEC, according to them, all other forms without the aforementioned isignia are unacceptable. The REC said he tried to no avail to convince them that the error was not intentional: the political loyalists were too enveloped in doubt and enraged with furry to accept any contrary view. Is this not enough reason to cancel the entire election and start all over again? Why continue elections under such a volatile circumstance?
Then came the violence; as the arguments heated up, might clashed against might and the sound of AK47s rattled the already tense atmosphere. The unlucky ones died immediately from bullet wounds, while the rest scampered to safety. Alas! A war has been ignited by the same government that ought to keep the peace. The whole noise about millions and millions of police officers being transferred to Rivers State was buried in sound of erratic violence. Rivers State is at war: Nigeria is in distress.
Make no mistakes about it, this war is not really between APC or PDP, no, it is a battle between an outdated order struggling to perpetually dominate this new age. Politicians were only responding to the Supreme Court’s recent verdict on the fraud and violence that engrossed the 2015 general elections in Rivers State: disobey INEC, disregard the card reader, win elections by any means possible, and then with your vast array of highly paid lawyers, you are set to defeat your opponent in court on the grounds of flimsy technicalities.
An end to this mess in our electoral system cannot come by if we do not wholly embrace the many wonders of technology. There are cheap technologies everywhere that can save our beloved country from the shame of sham elections. The Government must decide to go fully digital in terms of security and voting. With technology, anyone who commits electoral fraud or perpetrates violence during elections, is sure to land in jail, and in the end, the people, the very ones who give power to democracy will not be disenfranchised. INEC, It is time to let this ineffectual system die.
~ Solomon Okocha writes from Lagos, Nigeria.
Post Views: 0