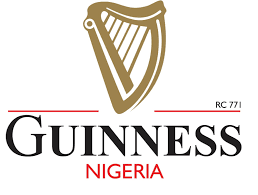 The National Agency For Food and Drugs Administration and Control (NAFDAC) on Wednesday destroyed expired malt extract and glucose belonging to Guinness Nigeria Plc.The  the destruction took place at a dump site at Otta, Ogun.
A NAFDAC staff on site, who preferred anonymity, said, “this is a case which has been concluded.Guinness has been given permission t

o destroy the expired raw materials belonging to them while we supervise.”

“Today, we are here with five trucks of the drums of malt extract and 10 trailers of the bags of glucose and we have about 2,600 of the drums.”
Mr Ernest Abu, Manager at Guinness said “the exercise is based on a resolution between NAFDAC and Guinness. I am only on ground to ensure that the destruction goes according to acceptable safety standards.’’
NAFDAC had on Nov. 9, 2015, written a letter on `Payment of Administrative Charges for Various Clandestine Violations’ to the Managing Director of Guinness Nigeria Plc.
The agency stated that the company had been involved in clandestine violations contrary to the rules, regulations and enactments of NAFDAC and consequently fined Guinness one billion naira.
The fine was for administrative charges for all the destruction carried out by the company without authorization and supervision of NAFDAC.
The letter said some of the regulatory infractions included, “All the revalidation of expired products without authorisation and supervision of the agency.
It also included the failure to secure the gates of the warehouse as it is permanently opened to intrusion and exposure to the elements and rodents which invariably affect the integrity of Guinness’ raw materials.
Others were the poor documentation record and noncompliance with conditions contained in the certificate of the re-validated malt extract.
This required the storage of the items in cool and dry place and elimination of exposure to sunlight.
In view of the above, NAFDAC mandated Guinness to disclose all warehouses in the country and submit inventory level of the stock.
Other included the submission of a written voluntary consent of forfeiture for destruction of the expired and re-validated raw materials discovered in the warehouse.
Also, the submission of a notarised undertaking to comply with all the guidelines, rules, regulations and enactments of the agency and to refrain from any future violations was required.
A source at NAFDAC said  that the Investigation and Enforcement Directorate of NAFDAC had gone on site to inspect the warehouse in question and discovered acts that violated NAFDAC’s mandate.
The company was subsequently fined and told to comply within two weeks of receipt of the letter sent to them.
However,  investigations  revealed that the packs of most of the raw material in the warehouse inspected by NAFDAC were covered by dust and some of the packs of sugar were torn and open.
Some blue barrels of the malt extract had expired best before/due dates of 04/2015 and 06/2015 while some barrels had white papers on them with an `extend to’ dates that were not approved by NAFDAC.
In reaction, management of Guinness Nigeria had issued a release saying that they were not aware of their infringements.
“The management of Guinness Nigeria does not fully understand the basis for the computation of the administrative charges or the particular regulations alleged to have been infringed.”
“We are in discussions with NAFDAC with a view to gaining better clarity on the issue and hopefully have it resolved.`

“We remain committed to working with NAFDAC and other regulatory authorities.`This is in furtherance of our responsibility to produce and market quality products and look forward to being able to resolve the issue working in partnership with NAFDAC’’, the statement had said.