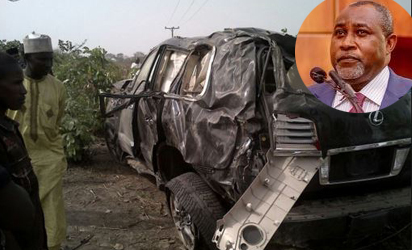 James Ocholi , Minister of State for Labour and Productivity Dies in Car Crash

March 6, 2016 Comments Off on James Ocholi , Minister of State for Labour and Productivity Dies in Car Crash 14 Views 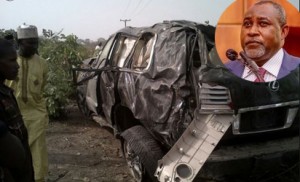 The Minister of state for Labour and productivity,Barrister  James Ocholi, Sunday lost his life in a ghastly road accident along the Abuja to Kaduna Road.

Among the dead was his son and two other persons. The Federal Road Safety Corps, FRSC said on Sunday that the remains of the late Minister of State for Labour, Mr James Ocholi, has been deposited at the morgue of the National Hospital, Abuja.

Mr Bisi Kazeem, the Spokesperson of FRSC, confirmed to newsmen  the corpse of the minister was taken to the hospital along with two other casualties.

Kazeem explained that the deceased lost their lives in a crash that occurred at Kilometre 57, along Kaduna-Abuja highway on Sunday.

“The minister and two other occupants died eventually, while four people were injured,’’ said the spokesman.

However, Kazeem did not give details of the other victims of the crash.