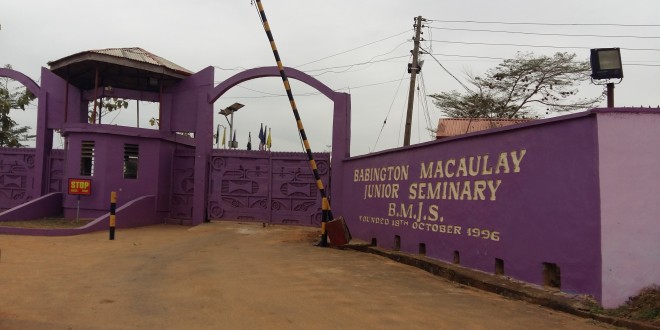 Abductors of Lagos Students Behind Past Killings of Security Operatives, Bank robberies

March 5, 2016 Comments Off on Abductors of Lagos Students Behind Past Killings of Security Operatives, Bank robberies 43 Views 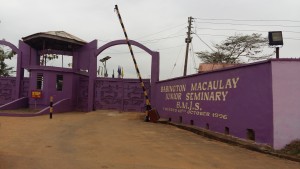 Last Monday’s abduction of three female students from their hostel at the Babington  Macaulay Junior Seminary (BMJS), Ikorodu,  has exposed the inability of security agents in Lagos State to curb the activities of pipeline vandals operating in the Arepo, Ogun State, close to Ikorodu, Lagos.

The vandals who are mainly militants from the Niger Delta, had held sway for a long   time in the area and it’s environ as they masterminded the vandalism of pipelines belonging to the Nigerian National Petroleum Corporation, NNPC, and siphoned the contents within Arepo. They are also behind the incessant bank robberies in Lekki, Ikorodu, Festac and Agbara areas of Lagos and Ogun States, during which they carted large sums of money and killed   several residents including policemen.

Security sources disclosed to Crime Guard that the vandals led by one General Ossy, may be keeping the school girls in one of    their camps, known as Fatola camp in Arepo which   has served as a fortress to the militants for a long time. Security agents including policemen, DSS NSCDC, Navy etc who had attempted to invade the camp in the past were ambushed and killed in the process   thereby making it a no-go-area for security personnel.

Investigations conducted by Crime Guard revealed   that the vandals had resorted to kidnapping following the recent clamp down on top members of the gang by operatives of the Inspector- General of Police Special Intelligence Response Team, IRT,   after they carried out series of bank robberies.

They were said to have invaded the school which is owned by the Lagos Anglican Dioceses, shooting indiscriminately  before abducting the school girls who were in their hostel preparing for test.

The vandals who left the scene in an SUV were said to have also abducted a middle-aged staff of MTN   within Arepo on the same day and a ransom of N4.5million was paid before he was released by 3am, two days later.

Residents   of the area told   Crime Guard that the vandals had, a week ago, invaded Government Senior   Model College in Owutu, Ikorodu , and attempted to kidnap some students but   were repelled   by the   house master who refused to allow them gain access into the student’s hostel.

It was reliably gathered that the boys were asleep when the armed men invaded the premises and were making frantic efforts to gain access into the hostel through one of the windows when the house master identified simply as Mr. Hector, came out from his room to challenge them.

He was said to have initially mistaken the suspects to be students of the college from the main hostel block until he was ordered to open the hostel for them “to choose the number of boys” they wanted. Sensing danger, the house master reportedly refused but little did he know that the invaders were more in number.

According to our source, “the house master was subsequently manhandled and mercilessly beaten up with plank and other weapons during which his hands were tied with rope. He was abandoned on the suspicion that he was dead.

However, the male students in the hostel who had earlier been woken up by his cry of anguish during the encounter with the invaders made attempts to unlock the door and troop out, but it was gathered that even in his state, the house master was shouting and asking the students not to come out.

The suspected kidnappers later left the premises through the same route they had come in without the school security men at the main gate knowing what was going on. Few seconds after, the fleeing invaders reportedly fired gun shots possibly to ward off any confrontation.

Difficulty in stemming operations of vandals

The renewed efforts by the vandals to abduct defenceless civilians for ransom has exposed the inability of security operatives to completely stem their operations.

Some security operatives   who spoke with Crime Guard   highlighted that vandals could no longer carry out large scale bank robberies   like what they did in   March 2013, when they raided a bank in Lekki, killed three policemen and two civilians and carted away large sum of money.

In November, 2015, the same gang struck at a bank in Agbara area of Ogun State, killing two mobile policemen and carting away large sums of money. In June 2015, the vandals raided banks in Ikorodu, carting away unspecified amount of money. It was   gathered that the robbers attacked the banks located at Ipakodo- Ebute, near Ogolonto in Ikorodu. They were said to have used speed boats in accessing the community after which they raided the two banks in the area.

While the police were busy spreading their dragnets to track the fleeing bandits, no fewer than forty members of the gang invaded two banks at 4th Avenue, Festac area of Lagos state few weeks later and carted away huge sums of money. A nursing mother and her child were killed during the operation.

In May 2014, nine Policemen attached to the Inspector-General of Police Special Anti  Vandalism were kidnapped and killed by the vandals when they attempted to visit the scene of a pipeline explosion in Arepo pipeline, Ogun State.   The policemen were said to have boarded a canoe and were last seen heading into the creek.

Their corpses were yet to be recovered as at the time of filling this report.

In the same vein, in January 2015, three officials of   Nigerian Security and Civil Defence Corps, NSCDC, were killed while 10 others sustained severe injuries when they had a confrontation with the vandals in Abule Ishawo and Tappa areas of Ikorodu, close to Arepo.

The 10 officials who survived the attack were rescued by a reinforced team comprising the military and NSCDC   operatives. After that incident, the vandals chased some NSCDC officials who escaped from the scene to Owutu Police Station where they ran into and opened fire on some policemen on guard, killing two on the spot while two other civilians were also killed.

The vandals were said to have carted away four Ak47 rifles from the police station before escaping.

Some operatives of the Special Anti-Robbery Squad, SARS, were deployed to Ikorodu to combat the menace of the robbers, but in one of their operations, four of it’s operatives were ambushed and killed and their corpses were taken away.

Subsequently,   in September 2015, nine operatives of the Department of State Services, DSS, were killed while they attempted to rescue a kidnapped victim from the hands of the vandals. The vandals were said to have ambushed the operatives at Konu, a border town Arepo, Ogun State while tracking a telephone number used by the vandals in negotiating the ransom between the victim’s relative.

The corpses of the operatives are yet to be recovered as at the time of filling this report.

So far, efforts by both the state government and security agencies in the state to end the activities of the vandals have been stalled owing to lack of proper synergy.

Investigations by Crime Guard also revealed that the families of the abducted school girls may end up paying ransom for their safe release as it may be difficult for security agents to attempt to rescue the girls owing to the seemingly impenetrable camp the gang uses. They easily overwhelm security operatives who appear helpless.
Culled from www.vanguardngr.com 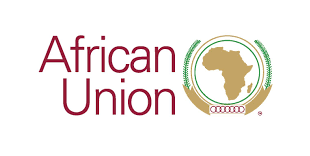