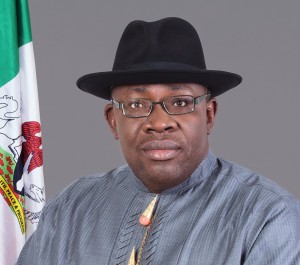 Bayelsa State Governor, Seriake Dickson, has expressed regret over the abduction of 14-year old, Ese Oruru, in Yenagoa and taken to Kano for forceful marriage.
He also called on parents and guardians “to be extremely vigilant, especially in the monitoring of the activities of their children, with a view to ensuring that, they do not fall victim to the antics of mischief makers.”
A statement issued on Tuesday by the Chief Press Secretary to the governor, Daniel Iworiso-Markson, condemned the action of the abductor, but also expressed satisfaction with the various individuals, non-governmental and civil society groups for bringing the matter to national and international focus.
Mr. Dickson pledged his government’s preparedness to support every effort at not only re-uniting Ese Oruru with her family back in Yenagoa, but also ensuring her proper rehabilitation and reintegration into the society to resume her normal life.
While commending the Governor of Kano State, Abdullahi Ganduje, for the role he played in ensuring the release of the victim, Mr. Dickson also applauded security agencies ”for the swiftness and professionalism with which the matter was handled.”
He thanked the Emir of Kano, Muhammadu Sanusi II, for ensuring the safety of Ese and eventual handing over to the Police in Kano.
“The government and people of Bayelsa State will remain eternally grateful to all those, who contributed in one way or the other in giving the issue the desired attention.