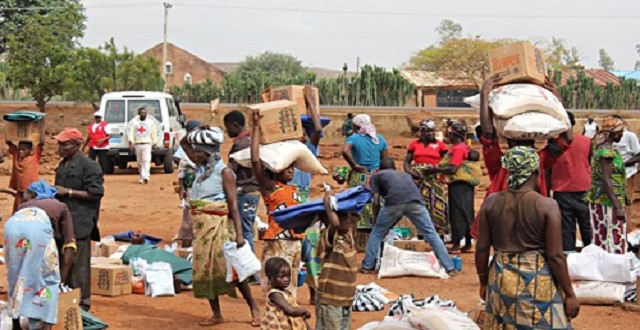 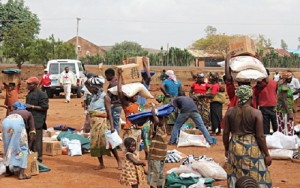 Information has revealed that no fewer than 7,000  persons were displaced in the wake of the crisis between Fulani herdsmen and Agatu farmers of Benue State.

Speaking to reporters in Otukpo, one f the refugees, Elder Sani Echioda, an indigene of Ayila lamented that the condition in the camp was terrible and called on public spirited individuals, the state and federal governments to urgently come to their aid.

He said: “We sleep on bare floor since we don’t have mattress or mats. It is quite a difficult situation as we are exposed to mosquitoes and all kinds of insects and reptiles during the day and at night. The absence of medical officers at the crowded camp is also a disturbing factor, and you can see that the entire camp is not suitable for human habitation.”

While recalling last week’s invasion of Agatu, Echioda said it was like an operation to vipe out the inhabitants of Agatu, “till today, the Fulani herders are still in our communities causing mayhem. As am talking to you, their cows have taken over our land. In fact we believe that it is the government of Nasarawa State that is fighting us; the peace Governor Almakura claims to be making is a deceit.

They should tell the world who provided the two helicopters which flew into Abogbe and Okokolo to provide ammunitions for the Fulanis.”

Similarly, Rev Fr. John Attah of the Justice, Development and Peace of Otukpo Catholic Diocese, who also spoke to reporters in Otukpo, bemoaned the lack of coordination and poor management of the displaced persons’ camps.

While putting the figure of the displaced persons in Otukpo alone at 7,000, said “I shed tears when I saw old women running from their ancestral homes seeking refuge. It is pathetic.”