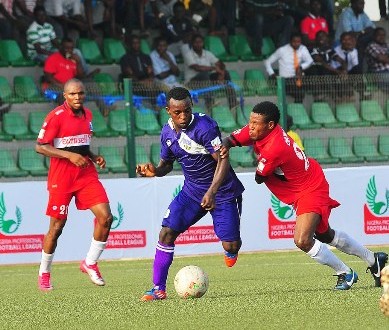 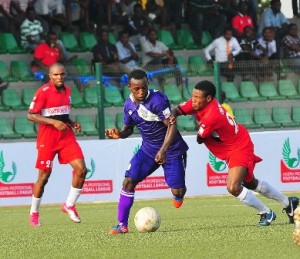 3SC defeated MFM FC through a hat-trick scored by Wasiu Jimoh in the 4th, 19th and 36th minutes of the match.

Ilechukwu told after the 2015/2016 Nigeria Professional Football League (NPFL) Match Day 3 fixture in Ibadan on Saturday that his team’s performance was unexpected.

“I felt disappointed with the match because it was not in tandem with our preparation for this match.We came for the best result but lost it. We hope to improve in our next matches,” he said.

The coach said the club’s successes before Saturday’s match had been as a result of hard work and discipline.

Speaking also, Godwin Enakhare, the Chairman of MFM FC, said the club would go on to work on its lapses to improve their performances in the next matches.

Enakhare described 3SC as the best side in the three matches his club had played so far in the league.

He however said his club would work assiduously to rank among the top 10 by the end of the league.

Reacting also to the match’s result, 3SC’s coach Kadiri Ikhana said it was an interesting match.

But he maintained that his team was poor in terms of its coordination in the attack and defence.

“Tope Orelope gave us the tonic, because most of our midfielders and defenders are down with injury,” Ikhana said.

The coach however said his team would improve upon its performance in its next match against Giwa Football Club of Jos on March 6.

He said he was hoping and working hard to return 3SC back to its glorious years at the end of the season.

He boasted that the club would humiliate Giwa FC with goals and outstanding performance in their next match.

While speaking also, Jimoh told NAN the match was interesting, and assured that his team would always continue to give its best to make their fans proud.