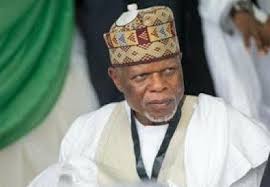 Customs Sets Up Committees On Disposal Of Seized, Overtime Goods

February 18, 2016 Comments Off on Customs Sets Up Committees On Disposal Of Seized, Overtime Goods 19 Views

In its bid to address some of the perceived irregularities relating to the system, including fake online auctions, the Nigeria Customs Service has set up four committees to handle the disposal of seized and overtime goods.
This is in line with the new procedure approved by the service to handle the disposal of these categories of goods.
The committees are those on assessment, disposal, seizure and overtime.
The new guidelines signed by the Comptroller-General of Customs, Hammed Ali, states that perishable items with or without defendants are to be properly disposed of by the relevant committee.

For general goods, the guidelines state that these are to be disposed of after condemnation by a competent court of law, adding, “Condemnation shall be done after 30 days of seizure, so far as there is no notice of claim or litigation.”
Also stipulate by the guidelines is that all overtime cargos are to be published in the Federal Government’s gazette when they fall due after 30 days.

The NCS under the new dispensation will advertise information on seized and overtime goods for disposal with their reserve prices in the media and on its official website.

Ali enjoined interested buyers to apply online, specifying items of interest to the committee on disposal, adding that applications must be accompanied with approved means of identification such as a national identity card, passport or driving licence, in addition to a recent passport photograph scanned onto the dedicated portal on the website.

The guidelines further explained that successful applicants would be required to make payment within 14 days of notification through designated banks at the area commands where the goods were domiciled.

Any returns on disposals will need to be rendered to the comptroller-general not later than 21 days after completion of each exercise, according to the guidelines.

The NCS, however, pointed out that the disposal committee, subject to the approval of the comptroller-general, might use its discretion in handling peculiar cases.

The assessment committee shall consist of not less than five officers of high integrity, including valuation officers at all area commands supervised by the zonal coordinator, who shall undertake inspection, collation and fixing of prices of all goods on monthly basis, and is to forward its report to the auction committee.

The NCS has also announced plans to designate the Ikorodu Cargo Terminal as a dedicated export gateway.

Currently, the terminal serves as a storage facility for loaded imported containers, also known as overtime containers that have stayed beyond the 28 days allowed by the NCS at the ports.

Adewale Adeniyi, Customs’ National Public Relations Officer, said the decision was part of measures to boost Nigeria’s non-oil export earnings.
He said, “To meet our one trillion naira revenue target this year, the Service will support excise companies and assist local manufacturers to improve their export volumes to enable them bring in the needed foreign exchange into the country.

“Anyone familiar with the traffic situation in Lagos will appreciate what we’re trying to do at Ikorodu.

“We are looking at the possibility of moving the entire export operations from the mainstream seaports to a location in Ikorodu so that trucks carrying goods for exports no longer have to struggle with those taking delivery or returning containers at the major Lagos ports.” Adeniyi said.