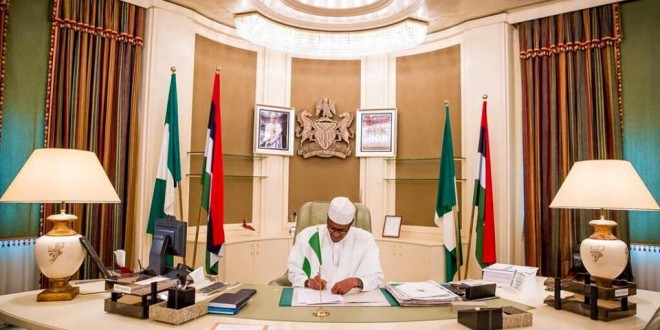 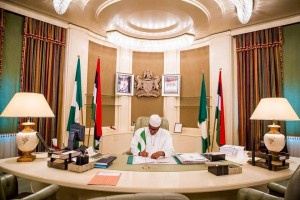 The Chief Security Officer to President Muhammadu Buhari, Auwal Maikano, has warned security personnel against graft and extortion from visitors to the Presidential Villa.

The warning came barely two weeks after the Presidency issued a circular warning security personnel against allowing persons driving vehicles with tinted glasses access to the state House without proper scrutiny in order to ward off Boko Haram insurgents.
Maikano in a circular, C-in C/CSO/LTU/561, said his office had “constituted a committee to discreetly monitor the activities of all security personnel working in the Presidential Villa”, adding that anyone found wanting would have himself to blame.
According to the circular, the CSO to the President said he “has observed with dismay the unprofessional conduct of some officers and men of the security department working in the Presidential Villa.
“These disturbing acts such as pestering, escorting and hanging around important dignitaries such as governors, ministers coming to the Villa must stop.”
Accordingly, Maikano warned that begging for financial gratification and any form of soliciting for assistance from visitors to the Villa must stop.
The statement added that behaving in a manner inimical to the code of conduct of security personnel posted to the Villa would attract severe sanctions.
The circular added that this was the last warning to such violators of the code of conduct and ethics of security personnel/State House Staff working in the Villa.
The circular, addressed to the various offices harbouring security personnel, urged the relevant officials to draw the attention of the concerned personnel to the circular for strict compliance.
The News agency of Nigeria reports that the Director of Administration in the office of the Vice President, Wakil Adamu, vide a circular SH/VP/Circular/Adm/1 of February 17, conveyed the message to the attention of all staff members “to adhere strictly and comply

Share
Previous Customs Sets Up Committees On Disposal Of Seized, Overtime Goods
Next I Will Die In Power- Mugabe