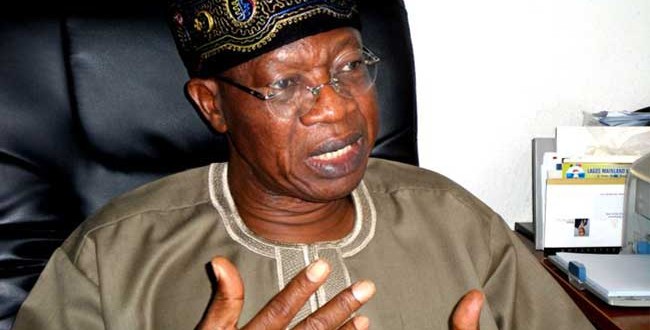 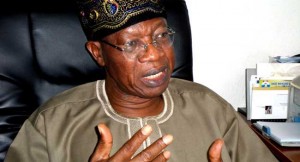 Minister of Information and Culture, Alhaji Lai Mohammed, on Wednesday said that the trips embarked upon by President Muhammadu Buhari to several countries has started paying off as investors’ confidence in the country had been restored.

Alhaji Mohammed dropped the hint during a press briefing at the end of the Federal Executive Council, FEC, meeting at the Presidential Villa, Abuja.
The FEC meeting was chaired by president Buhari with his vice, Professor Yemi Osinabjo and most of the 36 ministers in attendance.
The press briefing however, was reduced to a two item issue: Climate change and President’s many foreign trips so far.

While justifying the president’s several trips, the minister said they were necessary to bring the country back on the track of development and growth as Nigeria was a pariah state under former President Goodluck Jonathan.
According to him, corruption permeated the country under Jonathan’s watch, such that foreign investors deserted it.

The minister said, “It was necessary to tell Nigerians that the trips had started paying off since investors’ confidence in the country had been restored.
“You do not run a country by being isolated. The personal presence of Mr. President in many of these fora is important because before now, we were almost a pariah state. And the issues that have been driving investments away from this country are terrorism and corruption.

“One thing that nobody can fault this President for is his determination and strength of purpose in resolving these matters.

“Mr. President’s presence in many of these fora is highly crucial even in fixing our economy back at home.”

Mohammed however, stressed the needed for Nigerians to know the benefits of the presidential trips.

Share
Previous MY DISENGAGEMENT FROM THE NATIONAL CENTRE FOR WOMEN DEVELOPMENT
Next Customs Sets Up Committees On Disposal Of Seized, Overtime Goods