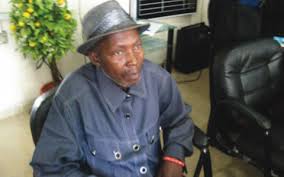 Unidentified gunmen have abducted Inengite Nitabai, former president Goodluck Jonathan’s father in Ogbia Local Government in Bayles state.
Pa Nitabai was whisked away from his residence in the early hours of Wednesday.

The Bayelsa Police Public Relations Officer, Asini Butswat (DSP) confirmed the incident and said that the Police was trailing the kidnappers.

The former president foster father was earlier kidnapped in 2014 and later freed.