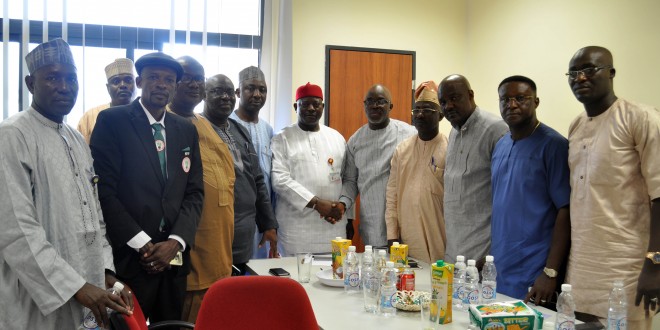 Chairman of the Senate Committee on Youth and Sports, Senator Obinna Ogba has promised to continue to lend strong support to the Amaju Pinnick-led Nigeria Football Federation, stating that he is very much impressed with the performance of the administration so far. 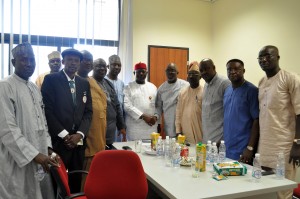 n his office at the Senate on Tuesday, while receiving a delegation of NFF Executive Committee members, led by the president, Mr. Amaju Melvin Pinnick.

“Let me congratulate you on the very good job you are doing. Of course leadership is always associated with challenges, so there must be challenges here and there. But the important thing is that your team is putting up great efforts and you are united.

“The truth is we cannot win all matches, and the earlier we realize that, the better for us as a people. I appeal to you to remain united and committed to the development of Nigerian football in all areas,” said Senator Ogba.

Ogba insisted that only one person can be NFF President at any time, and pulled no punches in declaring that “this is a properly –constituted authority and I firmly believe in the rule of law. As chairman of the Senate Committee on Youth and Sports, I want to assure you that we will continue to work as a team in the interest of Nigeria football.”

Speaking earlier, NFF President Pinnick commended the efforts of Senator Ogba and other members of his Committee for the support they have been giving NFF and Nigeria football.

“You have continued to demonstrate quality leadership and we are excited that you, one of us in the Nigeria football family, is the person here. We have been facing a number of challenges, some human –made, but we assure you that we because we are united, we are strong enough to deal with all these challenges. Our unity has seen us win four major trophies in our 16 months in charge, with several off-the-field accomplishments.

“We are very grateful to our great leader, President Muhammadu Buhari (GCFR) for the immense support for football and indeed other sports. We also commend the Honourable Minister for his wise counsel at all times, and your Committee and the House Committee on Sports have been excellent.”