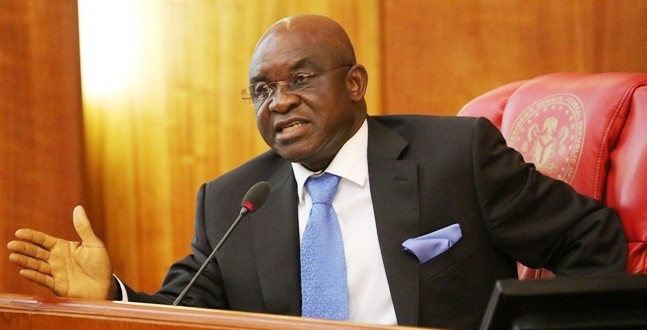 ‘They Want To Kill Me’-David Mark 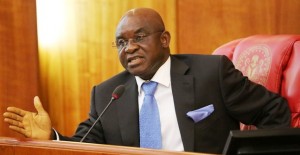 Former senate president,  David Mark has accused leaders of the All Progressives Congress (APC) in Benue state of planning to kill him.

The two-term senate president alleged that his opponents had hired cultists to foment trouble in Benue south senatorial district ahead of Saturday’s rerun election.

Mark, who is seeking to return to the senate following the annulment of his victory by the appeal court, accused Daniel Onjeh, the APC candidate and his main rival, of plotting to eliminate him.

In a statement signed by his media aide, Paul Mumeh, Mark said “Plots by the All Progressive Congress (APC)  chieftains in Benue state to assassinate former President of the Senate  Senator David Mark ahead of the Saturday  February 20, 2016, rerun election  for Benue South has been uncovered,”

“The  APC candidate for the election Daniel Onjeh, through his campaign Director, Okpokwu Ogenyi, in connivance with the state deputy governor Benson Abounu, are alleged to have hired the services of cultists to unleash terror in Benue South and in the process target Senator Mark for elimination.

According to Mark “Credible sources listed the cultists hired for the assassination to include the notorious supreme Vikings squad from Jos, Plateau state as well as the dreaded Black Axe in Makurdi  Benue state.”

The former senate president had already petitioned the inspector-general of police (IGP) over the matter.

Abbah Yaro, chairman of the APC in the state, was also quoted as saying Mark would not be declared as winner of the election even if he emerges victorious. The lawmaker said security aides of the deputy governor of the state fired several shots into his family compound on Sunday, and called on the police to investigate the issue.

“Already, Senator Mark has alerted the Inspector General of Police (IGP) Solomon Arase of the plot by the APC stalwarts in Benue to assassinate him,”

Mark further added that “The petition signed by Mark’s counsel Mr. Ken Ikonne  had alleged that one Okpokwu Ogenyi masterminded  the plot. “In the petition, Ikonne told the IGP that it is obvious that Ogenyi knows more about the assassination plot than he has revealed”.

“Our client has therefore instructed us to petition you ( IGP) to, as a matter of urgency, apprehend and interrogate Ogenyi to throw more light on the details of this grave assassination plot before he and his associates carry out the dastardly plot.”

“Only yesterday, police said to be attached to the State Deputy Governor Benson Abounu fired several gun shots into the family house of Senator Mark in Otukpo. “No reason was given for the unprovoked attack and no arrest has been made.

“A couple of weeks ago, Benue  State chairman of the APC Mr. Abbah Yaro  was quoted as saying ‘if Senator Mark wants, let him win the election in seven out of the nine local government areas  but no returning officer born of a woman will dare declare him.’”