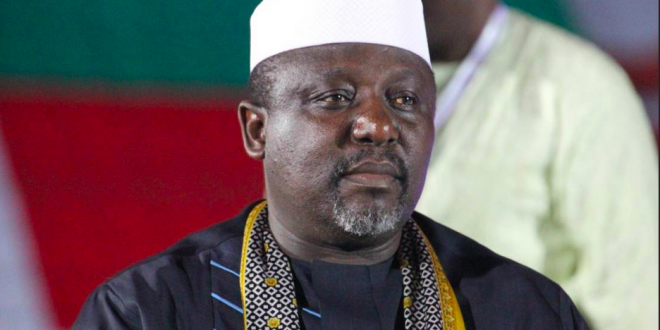 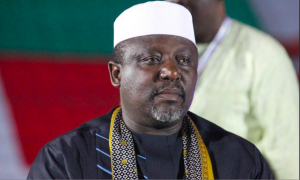 Imo State workers and the national leadership of the organised labour on Wednesday started a three-day warning strike to protest against the concession of 19 parastatals by the Governor Rochas Okorocha-led administration.

The workers described as obnoxious and crude, the government concession policy, which led to the dismissal of over 3,000 state workers.

When our correspondent visited some parts of the state, heavily-armed policemen were seen manning some strategic points.

After the briefing, they commenced a peaceful march to the Orlu Road Roundabout.

The workers vowed not to succumb to government harassment, coercion or intimidation to shelve their planned strike over the concession policy.

The state Chairman of the NLC, Austin Chilakpu, had said the protesting workers would commence an indefinite strike if the government failed to meet their demand to rescind the controversial concession policy and recall the sacked workers.

The workers wore black clothes and chanted solidarity songs, while displaying placards bearing inscriptions, some which read, “Okorocha, you are wicked,” “Rochas revert your policies, it is anti-workers” and “We cannot fear your antics again,” among others.

They eventually stormed the Government House despite the heavy presence of security men, where they were addressed by Okorocha.

The governor said the ‘suspension’ of parastatals workers was for the overall interest of the state.

He noted that his government which started in 2011 never owed workers, adding that it was only in Imo State that N20,000 minimum wage was paid to workers.

Also addressing journalists, the National Chairman of All Progressives Congress, Chief John Odigie-Oyegun, noted that the fate the APC was suffering today was borne out of the recklessness of the past administration led by the Peoples Democratic Party.

He said that there was a colossal drop in the national income following the drop in oil price.

It was later learnt that Okorocha ordered the recall of the sacked workers.