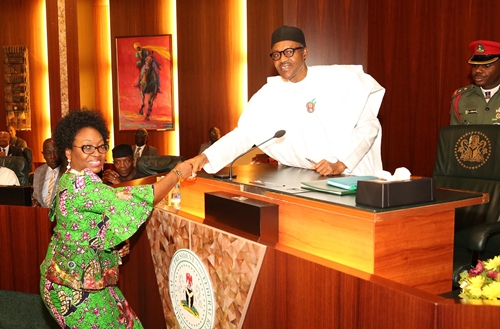 No More Promotion For Workers Without Computer Literacy-FG

February 10, 2016 Comments Off on No More Promotion For Workers Without Computer Literacy-FG 26 Views 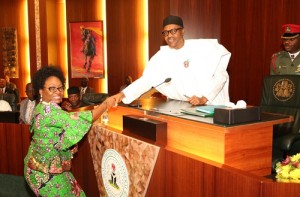 THE Federal Government has ordered civil servants in the country to develop computer skills or forfeit their promotions.

The government said the order became necessary because it would soon switch from pen-to-paper examinations to computer-based exams for onward promotions and advancement in the civil service.

The Head of the Civil Service of the Federation, HoS, Mrs Winifred Oyo-Ita, gave the order in an interview with journalists in Abuja shortly after she rewarded 12 civil servants for their punctuality and commitment to work.

Oyo-Ita, who gave commendation letter and a computer each to the 12 workers, explained that the computer reward was deliberate to drive home the call for a digitalised civil servant.

She added that any federal civil servant who failed to sharpen his or her skill in computer would not partake in computer-based promotion examinations. She charged civil servants to be abreast of latest developments in Information, Technology and Communication, ICT, for office holders.

The HoS stated that the use of computers had been the major vehicle of change in the transition from industrial to information age, adding that computer had made sending of information from one source to the other easier and simpler.

“Computer has become an indispensable tool for individual and national empowerment, improvement, development and actualization of service,’’ she noted.

She also noted that  automation of information activities in office had changed the nature of office work and had highly affected the activities of knowledge on workers. Mrs. Eyo-Ita said she only fulfilled the promise made to reward civil servants for punctuality and attitude to work.

“I decide to shift from the impunity of lateness to work to punctuality and commitment to work in order to serve as encouragement to others and also spur some others to improve on their attitude to work,” she added.

Speaking on behalf of the recipients, Mr Abel Phillips, in the Ministry of Power, said the award would spur other civil servants to improve their attitude to work, while having it at the back of their minds that their efforts would be rewarded someday.