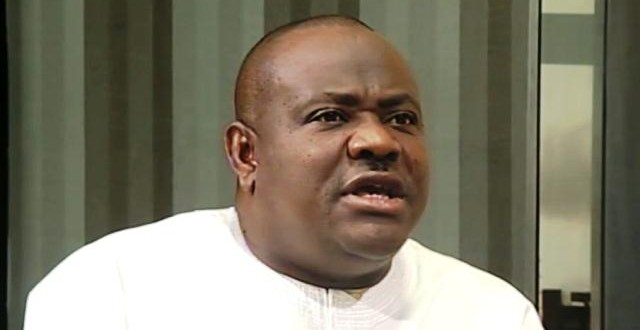 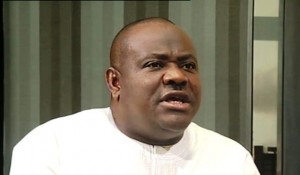 THE Rivers State Governor, Chief Nyesom Wike, said on Sunday that he would not have contested a governorship rerun if the Supreme Court had failed to uphold his election.

The governor also alleged that between December 1 and 18 of 2014, the immediate past government in the state led by Mr. Rotimi Amaechi had used $150m to fund the All Progressives Congress’ elections, adding that the state government will recover all stolen funds.

But reacting to the allegation, the state Publicity Secretary of the APC, Mr. Chris Finebone, described the claim as a big lie from “the very depth of hell.”

Finebone challenged Wike to take Amaechi to court, adding that the former governor was without blemish.

He said, “That (allegation) is a big lie taken from the very depth of hell. Wike talks big and tough, but behind his tough-talking is a moronic coward. He will not advance that accusation beyond the comfort of his audience.

“His deeds are awaiting him and at the appropriate time, he will be held to account. If he is serious, let him go to court and summon Rt. Hon. Chibuike Rotimi Amaechi. But you can be sure that he (Wike) will not do that because that Amaechi is without blemish.”

The governor said he would have opted out of the rerun in order to prevent loss of lives that could have trailed the poll.

Wike added, “Nothing is impossible with God. Men of God prophesied a few days to the Supreme Court ruling that the judgment will confirm the mandate given to us by the Rivers people.

“We won the election clearly as has been confirmed by the Supreme Court. If there was a rerun, I wouldn’t have contested because there would have been a bloodbath. I resolved not to be part of anything that would bring about bloodbath.”

He pointed out that the failure of the “evil plotters” meant that Rivers people would return all the legislators, whose elections were nullified by the Appeal Court.

Explaining that the Supreme Court judgment that affirmed his election restored the confidence of Nigerians in the judiciary, Wike stated that the ruling of the apex court confirmed the will of the Rivers people.

He assured the people of the state that he would judiciously use the mandate given to him to advance the course of the development of the state.

The governor restated his earlier declaration that he would not allow the rigging of the State and National Assembly rerun elections in the state, saying any INEC staff who attempts to rig will be treated as an armed robbers.