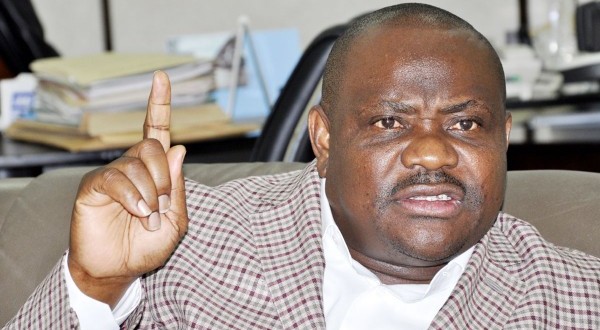 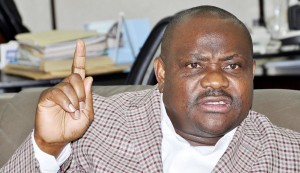 Speaking  during a thanksgiving service in celebration of his victory at the supreme court, Wike said he would rather fight corruption his own way than support the anti-graft campaign of the current administration.

“We would not support the fight against corruption. People took our money from the state, and we wrote to the police asking them to go and make a statement; nothing has come out of it,” he said.

“We won’t take anybody to the EFCC because I know what would happen. We know how to fight our own way.  We won’t support that war against corruption that they are doing.”

Wike, who said he would have given up if the verdict did not end in his favour, said through the ruling, the apex court helped in preventing bloodshed in the state. “Blood would have flown if the election was going to hold again,” he said

“So, I called some people, including the chairman of the PDP, Uche Secondus, that I was not going to run again. They said why and I explained that if I did, many people would die. “I pray that my enemy should continue to have permanent high blood pressure. I wouldn’t pray that God will heal them.

My own has come down now, and for several months it was high. It is time for their own to rise.” Earlier in his sermon, Ignatius Kattey, a reverend who presided over the service, urged Wike to remain grateful to God for his victory. Seriake Dickson, Bayelsa state governor; Udom Emmanuel, Akwa Ibom state governor; Okezie Ikpeazu, Abia state governor; Peter Odili, former Rivers state governor; Patience Jonathan, former first lady, were among the guest in attendance.

Share
Previous Lagos Remains Centre of Trade and Economy In Nigeria- Finnish Envoy …Seeks Partnership on Security,Energy and Education ,
Next 1976: 40 Years After, The Movie Surfaces