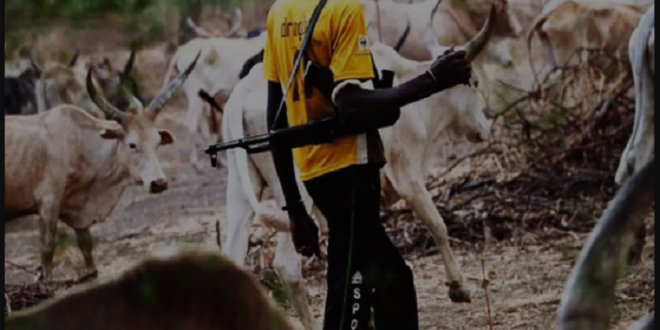 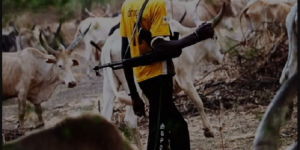 It was a bleak weekend in Benue State as no fewer than 12 persons were reportedly killed with several persons injured in a violent fight between Fulani herdsmen and Tiv people in Buruku local government area of the state.

The incident, which was said to have occurred on Saturday, ravaged two communities in the council area; Tom Anyiin and Tom Ataan all in Mbaya Tombu in Buruku local government area of the state.

It was gathered that the chairman, Godwin Lorsue, the Divisional Police Officer, DPO at Buruku and Area Commander were on Sunday ambushed by the herdsmen when they visited the trouble spots to assess the situation in the area.

Saturday attack came barely a week after Fulani herdsmen invaded a community in Agatu local government area of the state in a reprisal attack and killed 15 persons and scores injured.
One Nomor Lorsue who fled the troubled area  said that the suspected Fulani herdsmen without prompting invaded their community and unleash terror on them which made everyone to flee the village, adding that he was still searching for his wife and children.
Buruku chairman, Lorsue who spoke to newsmen on phone said that he and the security senior officers were ambushed when he invited them to accompany him in order to assess the development and make further reports but unknown to them, while the natives left the area, the suspected herdsmen took over the entire community and ambushed them on their way back.
“It was only God that saved us. If not, this people were over thirty, well armed while we had only four armed police officers with us. Our cars were perforated with bullets”, Lorsue said.
Meanwhile, the representative of the constituency at the lower chambers of the National Assembly, Barr Orker Jev, has called on the Federal Government to quickly wade into the matter and save his constituents, saying his constituents are farmers and must be protected as peaceful citizens of the country.

When contacted on phone, the state police spokesman, Moses Yamu confirmed the attack on the Area commander, DPO, council chairman and other policemen said that no life was lost
The Police spokesman confirmed that the villager have fled the areas for fear of further attack.