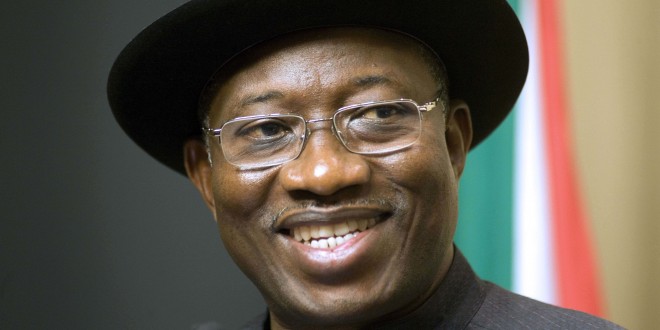 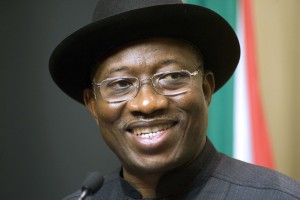 Nigerians have expressed outrage at the Economist for labeling the country’s past president, Goodluck Jonathan, as an ‘ineffectual buffoon.’

In an article titled “Crude Tactics: Cheap oil is causing a currency crisis in Nigeria. Banning imports is no solution”, published in The Economist last Thursday, the magazine, while analysing the economic policies of President Muhammadu Buhari, had written that “In the eight months since Mr. Buhari arrived at Aso Rock, the presidential digs, the homicidal jihadists of Boko Haram have been pushed back into the bush along Nigeria’s borders.

“The government has cracked down on corruption, which had flourished under the previous president, Goodluck Jonathan, an ineffectual buffoon who let politicians and their cronies fill their pockets with impunity.”

In angry reactions on social media, majority of Nigerians expressed their displeasure with the tag on a former president of Africa’s most populous nation.

Writing on her Twitter handle, Nigerian author, Molara Wood stated, “Marvelled at the verbal buffoonery of @TheEconomist. It’s almost like it’s personal. I thought you people had style guides.#Inappropriate.”

Also, writing on his Twitter handle, @Olumicome2, a Nigerian, Obamide, said, “I think it’s wrong that the economist described Jonathan as an ineffectual Buffon. It’s so wrong to call our ex-president that

In another reaction, A Twitter user, Ogbiji Nyiam, said, “The Economist reference of Jonathan as “an ineffectual Buffon” is uncalled and saucy.”

Similarly, writing on his Facebook page, one Ismail Aniemu said every Nigerian should be worried about any derogatory description of our leaders by the western media.

“Describing Jonathan as an ‘Ineffectual Buffoon’ is not a good testimonial for us coming from an influential publication, The Economist. Nigerians should jointly seek ways of avoiding embarrassments of this sort in future. How did we get a GEJ to lead us in the first place?” he wrote.

Another Nigerian, Adedayo Adesoji, also expressed his reservations on his Facebook page.

He wrote, “Despite the fact that I have never for once fancied the kind of President Jonathan’s style of leadership, I take exception to the Economist’s position referring to the Nigerian immediate past President as an ineffectual buffoon! It is the height of disrespect to the personality of our former President! If truly the Economist condescended so low to spew out this insult, then the above globally respected news platform has lowered its professional standard and brought international journalism to a state of disrepute! I am awfully disappointed in the Economist if truly it authored such a publication!”

Also, in his Facebook post, a Nigerian, Ugo Chikezie, said the label by The Economist was abusive.

“For me, I completely agree that GEJ was ineffectual, but I don’t quite agree that he is a buffoon. We all know GEJ failed woefully as president, but I think calling him a buffoon is unnecessary. People should learn to criticize without being abusive,” He wrote on his Facebook page.

However, Aliyu Abubakar Zaria said, “So while Jonathan was busy buying awards in USA and Switzerland, trying to perfume his smelly years as president, the Economist described him as an “ineffectual Buffon, who let politicians and their cronies fill their pockets with impunity”. Some Nigerians are already angry, describing the description of ‘a former president of a country’ as an “ineffectual buffoon” as ‘racism’. Is the Economist wrong in this assertion or they are just stating the obvious?