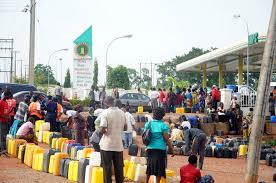 The Federal Government has officially ended the payment of subsidy on kerosene. Instead of the regulated pump price of N50 per litre, the product will now sell for N83, according to the latest pricing template for House Hold Kerosene released by the Petroleum Products Pricing Regulatory Agency.

The PPPRA is the agency of the Federal Government that fixes and regulates the prices of white products, kerosene and petrol, across the country.

In its latest template released on Saturday, the agency stated that the retail price of kerosene or HHK by the Nigerian National Petroleum Corporation was N83 per litre.

The commodity is believed to be mostly consumed by low income earners in the country.

The new template showed that the retail or pump price of HHK was now N10.72 higher than the Expected Open Market Price of the commodity. The EOMP, according to the new template, is N72.28.

The EOMP is a summation of the landing cost of the commodity with the subtotal margins like bridging fund, transporters’ cost, dealers charge, admin charge, etc.

Share
Previous Biafran Passport Is Illegal-Britain, USA
Next Be Patient With Buhari,Tinubu Pleads With Nigerians