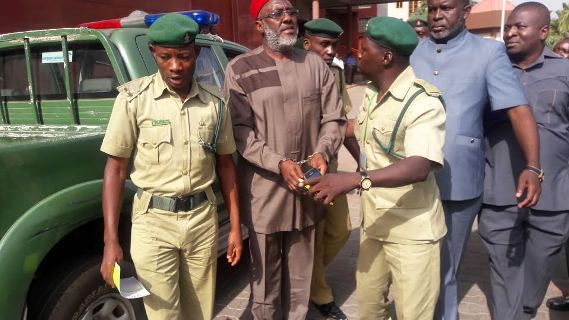 January 21, 2016 Comments Off on Metuh Denied Bail,Sent Back To Kuje Prison 225 Views 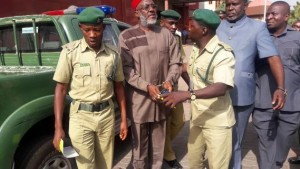 anded in Kuje prison.Bello gave the order in a ruling on a fresh two-count charge bordering on destruction of evidence, which the Economic and Financial Crimes Commission filed against him on last Thursday, two days after he was granted bail in the sum of N400m and two sureties with properties in Maitama area of Abuja.

The anti-graft agency accused Metuh of destroying a statement he made during investigation, an allegation he denied, and pleaded not guilty to the charges when they were read to him in court.
After pleading not guilty to the charges, Sylvanus Tahir, counsel to the EFCC, asked the court for more time to enable his team present evidence against Metuh. In his ruling, Bello asked the agency to produce three witnesses at the next sitting.

He also ordered that Metuh, who is yet to fulfill his bail condition in the previous case, be remanded in prison until Monday when application for his bail would be heard. Metuh, who has been very critical of the ruling All Progressives Congress (APC)-led federal government, has maintained innocence and described his trial as a witch-hunt.