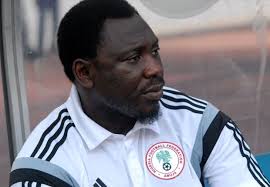 January 21, 2016 Comments Off on Amokachi Lands One Year Deal With Finnish SD 32 Views

This was confirmed by the Finnish side through their official channel: “Hercules has signed an agreement with former Nigerian national team player and coach Daniel Amokachi.”

Amokachi is expected to resume immediately and take charge of the team while former head coach, Pekka Haaren remain as assistant coach.