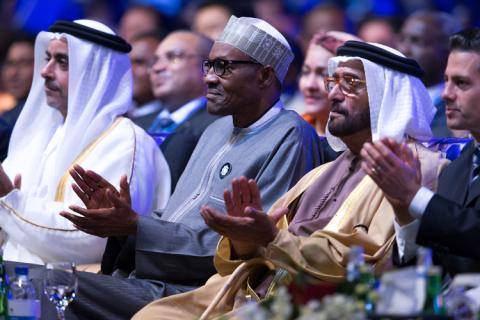 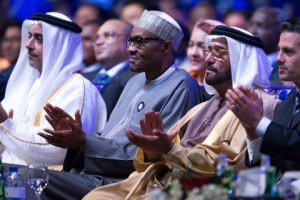 hariPresident Muhammad Buhari has sent a strong warning to telecom companies operating in Nigeria not to place profits over the nation’ s security.

“Speaking at an interactive forum with members of the Nigerian Community in Abu Dhabi, President Buhari said that the war against terrorism can only be won with collective effort and a commitment by all stakeholders to work in unison to halt the scourge.

“Remarking that the registration of all mobile phone users without exception will help the security agencies to pre-empt terrorist attacks, the President said that telecommunication companies operating in Nigeria must adhere to the rules and guidelines of the Nigerian Communications Commission in this regard. President Buhari assured the gathering that his administration will deal decisively with the seeming resurgence of oil theft, vandalisation of pipelines and insecurity in the Niger Delta.

“Declaring that the Nigerian Armed Forces had already dealt “deadly blows” on Boko Haram, the President said that the activities of oil thieves and vandals will soon be brought to an end. “The oil thieves and abductors are a less problematic target. We will re-organise and deal with them,” he said.

“President Buhari assured Nigerians at the interactive session that his administration’s war against corruption will continue to be vigorously pursued. The President pledged that more persons who have abused the public trust will be exposed and brought to justice soon, adding that his government was committed to re-establishing former standards of accountability and probity in the management of public funds which were jettisoned under past administrations.

“The President appealed for more patience and understanding from Nigerians as his administration takes steps to safeguard the economy from the shock of falling oil prices. “In the face of our new economic reality of dwindling oil prices, there are a number of things we can really do without to preserve our economy. “We must develop the capacity to feed ourselves and we should be spending our resources on real development projects, not luxuries,” he said.