Breaking News
Home / News / It Was Jonathan Who Ordered Dasuki to Give Me N250m, Says Anenih 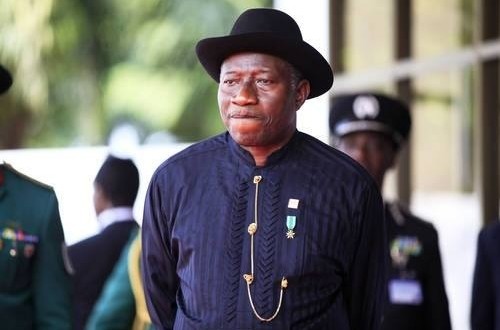 It Was Jonathan Who Ordered Dasuki to Give Me N250m, Says Anenih 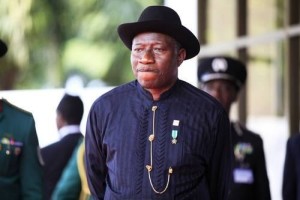 Former Chairman of the Board of Trustees of the Peoples Democratic Party, Chief Tony Anenih, has claimed that ex-President Goodluck Jonathan ordered a former National Security Adviser, Col. Sambo Dasuki (retd.), to give him the sum of N260m.

The revelation is contained in a letter the former BOT chairman wrote to the Economic and Financial Crimes Commission recently.

An aide to the PDP leader, who spoke on the condition of anonymity, confirmed to SUNDAY PUNCH on Saturday that Anenih made the disclosure.

The aide said, “The former BoT Chair explained to the EFCC that he gave his account details to the ex-President on request, when he requested for a refund of expenses incurred while (he was) carrying out Jonathan’s instructions. Jonathan passed it (account details) to Sambo and Anenih was paid the sum of N260m.

“The former PDP BoT chairman also explained to the anti-graft agency that apart from the N265m he gave to Chief Olu Falae, Senator Rasheed Ladoja and Alhaji Tanko Yakassai, he also gave N25m to a former Deputy Governor of Sokoto State, and another N35m to a delegation of leaders from Katsina State.”

Anenih reportedly wrote in the letter that he also incurred additional costs when he led other members of the PDP BoT on a nationwide tour to reconcile aggrieved and feuding members, following instructions given to him by the former president.

He noted that the money he spent on hiring private jets and other logistics was yet to be refunded to him.

“Whereas the refund of N260m was made through the office of the National Security Adviser, Anenih explained in his letter to the EFCC that he only provided his account details to the former president on request for a refund of the money spent.

“He also said in the letter that he was not in a position to ask the former president how he was going to source the fund or through which office the refund was going to be made.”

The aide said Anenih had yet to be refunded over N180m out of the N440m he spent. The PDP chieftain also reportedly argued in the letter that he was not a direct beneficiary of the sum of N260m that was a part refund of the money he spent on the president’s instructions.

The former PDP BoT chairman had earlier stated that he gave N100m each to the National Chairman of the Social Democratic Party, Chief Olu Falae, and the leader of Accord Party, Senator Rashidi Ladoja, for mobilisation purposes.

He had also said N63m was disbursed to a northern group led by Yakassai for “mobilisation and post-election peace advocacy in that part of the country.”

Yakassai, Falae and Ladoja have all confirmed that they received the stated amounts from Anenih.

The total of these three disbursements is already N3m more that the N260 million which Anenih said was refunded to him through Dasuki.

The Presidency has said President Muhammadu Buhari will be willing to receive and listen to former President Goodluck Jonathan to make clarifications on the multi-million dollar arms procurement scandal perpetrated under his administration.

The Special Adviser to the President on Media and Publicity, Mr. Femi Adesina, stated this in an interview with SUNDAY PUNCH on Saturday.

Our correspondent had asked if Buhari would be ready to grant Jonathan audience if the former President sought to make clarifications in view of the revelations coming from the EFCC’s probe of the scandal.

Adesina said because of Buhari’s belief in decency and civility, he would not shut out his predecessors, even if some people had done so in the past.

Adesina said, “A former President should always have access to a sitting one. It would be uncouth and indecent to shut out a former occupant of such lofty office. If some people did it to their predecessors in the past, it is not this President who believes in decency and civility.

“Yes, President Buhari will always grant audience to former President Jonathan, if there is any request for such. A rebuff does not come into the picture at all.”

Meanwhile, a top government official told our correspondent on the condition of anonymity that the former President had tried to reach out to the National Security Adviser, Babagana Mongunu.

The source however said he did not know if Jonathan had succeeded in establishing a contact.

“I know that the former President has been trying to reach the NSA. Whether he has succeeded, I do not know. You can ask the NSA himself,” he said.

It was the NSA, on the orders of the President, who constituted the committee that has audited the procurement of arms and equipment in the Armed Forces and Defence sector from 2007 to 2015. Most of the information in public domain on the arms scandal is from the findings of the committee, which has submitted two preliminary reports so far.
Source: The Punch

Share
Previous Burkina Faso Hotel  Al Qaeda Attack Claims 28 Lives, Over 50 wounded
Next How I Was Rigged Out of Bayelsa Poll – Sylva