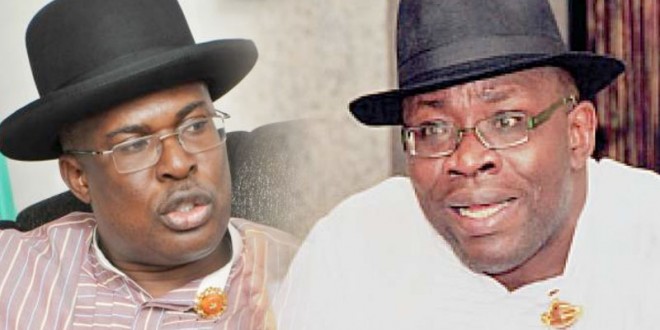 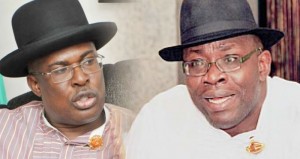 The governorship candidate of the All Progressive Congress, Chief Timipre Sylva, has rejected the cancellation of the rescheduled election in the Southern Ijaw Local Government Area of Bayelsa State by the Residential Electoral Commissioner (REC), Mr. Baritor Kpaigh.

Sylva told journalists in Yenagoa shortly after the cancellation was announced on Monday that INEC decided to cancel the poll because he won by a large margin that made him the winner of the election.

The APC governorship candidate said the REC had no power to cancel an election that had taken place, noting that such power lies only with the Returning Officer.
“We had an election two days ago. In Ekeremor, there were widespread shootings; they beat up people; the minister’s house was under siege for a long time. It took a team of security operatives to repel the assailants, yet election was held in Ekeremor, he said

“When APC protested, the protest was waived aside; our protest died like a candle in the wind.
“In Sagbama, we did not see election materials. As I speak, one of the chieftains of our party is lying critically ill. The APC protested vehemently, nobody heard our protest.

“In Nembe, where the APC won, they quickly cancelled two wards, 8 and 9. We protested and our protest was rejected.
Chief Timipre Sylva, who described the cancellation as a rape on democracy and a black day for democracy in Nigeria.

“We have experienced massive rigging and it turned out to be a rat in the cat’s court. The INEC have always been returning the PDPin Bayelsa State, and they have gotten addicted to returning the PDP.I don’t know why the INEC conducted the Governorship election, But we know they had planned or us to fail. Even if the REC had a special arrangement with the PDP, he should have known this is a new day in Nigeria.”

Sylva explained that the election was set up for the PDP to win. In Southern Ijaw, we had a good showing there, and the election was cancelled. “When the REC saw that the APC was leading, he cancelled it. This is very unacceptable to our party. If they want us to accept it, they must cancel the elections in Ekeremor, Sagbama, parts of Ogbia and Nembe.”

Sylva who is very optimistic his party was heading for victory in southern Ijaw election said the APC will collate the election result there and head for the court.