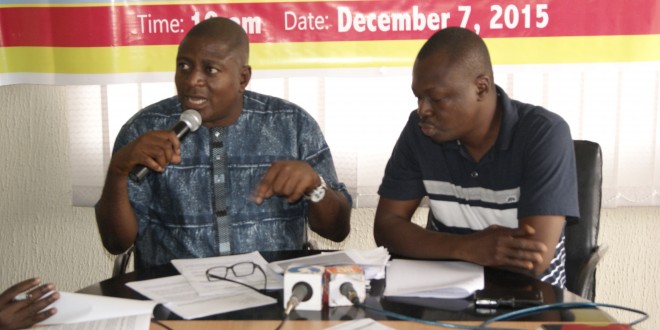 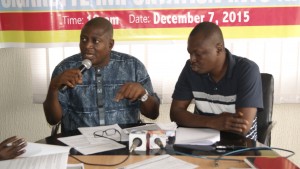 The Environmental Rights Action/Friends of the Earth Nigeria (ERA/FoEN) has demanded that the Nigerian government institute a criminal probe of Philip Morris International (PMI) for illicit imports of cigarettes into Nigerian in breach of Nigeria’s Tobacco Control Act 2015.

At a press conference in Lagos, Akinbode Oluwafemi, deputy director, ERA/FoEN said one week after the British Broadcasting Corporation (BBC) Panorama revealed a shameful bribery scam perpetrated by British American Tobacco (BAT) in East Africa, PMI had been discovered to have got approval through the backdoor to import 122 million units of cigarettes into Nigeria from Senegal .

Oluwafemi revealed that in July 2015, PMl, through Philip Morris Manufacturing Senegal Sarl applied for and got approval of the Senegalese Ministry of Industry and Mines, to benefit from the ECOWAS Trade Liberalisation Scheme for the 5 brands.

In August 2015, PMINTL Nigeria Limited applied for and secured approval for the importation of the aforementioned brands into Nigeria from the Federal Ministry of Finance and got approval to import 122 million “Units” of cigarette from Sept 1, 2015 to March 31, 2016.

“Through this illicit import, PMINTL Nigeria Limited will assault our public health with 122 million Units of the identified cigarette brands within seven months. There also seems a clear attempt to confuse Nigerians by PMI as they do not tell us if the units represent single packets or if several single packs in a rows represent a single unit”

He insisted that the speed of the entire transaction was suspicious and may indicate some government officials may have been compromised to ensure that not only the PMINTL subsidiary is quickly registered, but also to undermine the Tobacco Control Act through the illicit imports
He quoted Section 29 (1) of the National Tobacco Control Act which stated that “No person shall manufacture, import or distribute tobacco or tobacco products except the person has obtained license or is authorized in writing by the Minister”

The Act also stipulates sanctions for violators in Section 30 (3a) “a tobacco manufacturer or importer, upon conviction, will pay a fine of not less than N10,000,000.00 and a term of imprisonment of not more than 10 years or both.

ERA/FoEN demanded a full probe of the entire transaction with a view to bringing to justice any government official that compromised office in the process of the illegal importation and a withdrawal from the market, and destruction of the entire consignment, even as he urged the ECOWAS to remove tobacco products from trade liberalization policies.

He also demanded imposition of high taxes on cigarette products to reduce consumption and full implementation of the National Tobacco Control Act through strong and effective regulations.