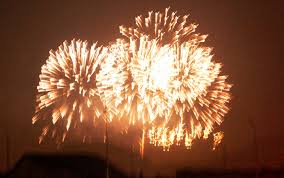 The Lagos State Government has warned residents of the state to desist from the use of fireworks popularly known as ‘banger’ as the yuletide season draws near.

The State Government through its Emergency Management Agency, LASEMA urged parents and guardians to warn their children and wards to desist from the use of any such items, noting that both users and sellers of them would be arrested if found culpable.

Mr. Michael Akindele, General Manager, LASEMA, gave the warning on Wednesday, in his Alausa office, noting that a special team consisting of the agency, the police and other security operatives has been mobilized to apprehend offenders within the ambit of the law for prosecution.
Akindele warned dealers and end users of the items to steer clear of the state because of their potential hazard to the people and the environment.

Reiterated the earlier ban on the use of the device by Lagos State Police Commissioner in order to further ensure safety of lives and properties in the state, the LASEMA boss recalled the ordeal of December 26, 2012 Jankara fire outbreak caused by the storage of fireworks in some of the shops leading to loss of lives and properties worth millions of naira.

He noted that the noise created by fireworks and the large amounts of debris and fallout left over after shooting may also cause health hazards and environmental nuisance which could degenerate to disaster under certain conditions and inimical to health of the communities and neighborhoods where the users live.

“The careless use of fireworks may be dangerous to the users as they stand the risks of sustaining burns and wounds as well as harming bystanders or cause fire outbreak when thrown on inflammable materials, in this period of fuel scarcity and potential storage of it in homes and other public places,” Akindele said.