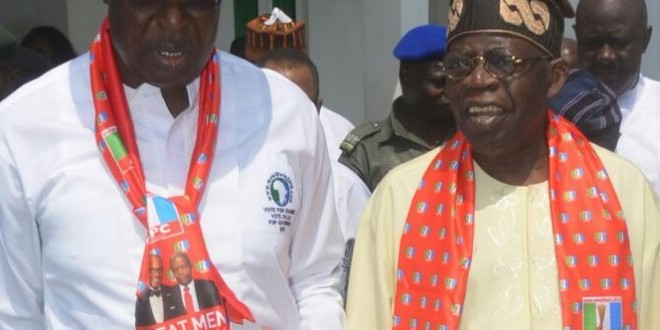 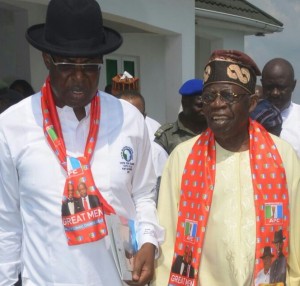 Bayelsa Democratic Front ( BDF), a Yenagoa-based socio-political group, has commended the National Leader of the All Progressive Congress (APC), Chief Bola Ahmed Tinubu, over his Tuesday’s visit to Yenagoa, Bayelsa State during which he drummed support for the APC Governorship Candidate, Chief Timipre Sylva.

In a statement issued in Yenagoa, the group also praised the Vice President, Professor Yemi  Osinbajo,  the entire leadership of the party and  serving APC governors “for standing by Sylva at this crucial time.”

Tinubu had on Tuesday joined the Vice President and other party leaders at the Samson Siasia Sports complex, Yenagoa for the final APC governorship campaign rally.

Chief Promise Okpoebi, President-General of BDF said for Tinubu to be in Yenagoa , “he has demonstrated that he  is a  great patriot who desires development for every part of  Nigeria.

“Tinubu is a democrat who strongly believes in the upliftment of the people. He has very strong linkage with us the Ijaws since the days of the pro-democracy struggle. By coming to Bayelsa to campaign for Sylva, Tinubu has shown that he  means well for the Ijaws and we will not disappoint him and the party.”

In his speech at the rally. Tinubu told APC  supporters that  Saturday’s election presents an opportunity  freedom for the people of Bayelsa.

“For 16 years you have been led in the wilderness by the Poverty Development Party. Send PDP away with its poverty. No potable water, jobs and electricity.

“Vote and defend your votes. They are already afraid. You are the master. Sylva is back. He has bounced back. Only you can make him win,” Tinubu said.

The group also praised the Vice President and the entire APC leadership for the show of support for Sylva.

“Once again we as a people believe we are building a more secured relationship with our brothers and sisters across the country. We believe it is one that will lead to greater freedom, greater posterity for the Ijawman.

“Come Saturday,  we will affirm our faith in the Bayelsan project and by extension the Nigerian project, by voting en-masse for Timipre Sylva”, the group added