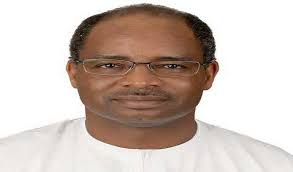 Azeez Is The New NIMC DG

President Muhammed Buhari has approved the appointment of Aliyu Azeez as the new Chief Executive Officer of the National Identity Management Commission(NIMC).

According to the commission corporate communications, general manager, Abdul hamid Umar, the development followed the expiration of the tenure of Chris Onyemenam who formally handed over to Aliyu Azeez this morning.

The statement said , Aziz, a former director in the commission, retired in 2014. “Aziz was a pioneer staff of NIMC and the director, information technology/National Identity database department of NIMC before he retired in 2014,” the statement read.

“With more than 30 years of post qualification experience in engineering and information technology, spanning both the private and public sectors, Aziz holds a B.Eng in civil engineering and M.Sc in Structural Engineering with Specialty in Computer Aided Design from the Ahmadu Bello University (ABU) Zaria.

“Before he joined NIMC at inception, Aziz was the information technology adviser to the minister, Federal Capital Territory (FCT) administration, where he pioneered the implementation of the first e-government solution that won a Microsoft award in 2006.

“He served as the sub-committee technical chairman on the presidential committee on harmonisation of ICT which resulted in the formation of Galaxy Backbone.

“He was also a deputy director, information technology at the bureau of public enterprises and the principal consultant, Management Information System (MIS) department, Afri-Projects Consortium.”

The statement added that Onyemenam was a director at the secretariat of the presidential implementation committee in the office of the secretary to the government of the federation.