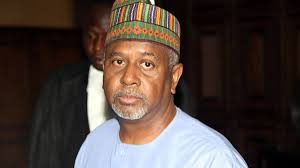 Ademola Adeniyi, justice of the federal high court, Abuja, has directed the Department of State Services (DSS) to immediately obey its order granting Sambo Dasuki, former national security adviser (NSA), leave to travel abroad for medical treatment. Ademola, asked MS Labaran, counsel to the DSS, to tell his client to immediately comply with the November 3 order of the court.
“Court order must be obeyed,” he said. “What is wrong in the defendant travelling and coming back to face trial? Only a fit person can stand for trial and investigation. My own orders will not be flouted.”

The judge also said he would send his staff to go to Dasuki’s residence to see for itself the “siege” on Dasuki’s residence as alleged by Joseph Daodu, the accused person’s counsel. On Monday, dasuki had approached a federal high court in Abuja seeking an enforcement of his fundamental rights to dignity and life. He asked the court for a mandatory order compelling the federal government and its agent, the DSS, to vacate his house at Asokoro, Abuja. Last Friday, men of the DSS stormed the residence of the former NSA‎, and placed him under house arrest. Prior to this time, Justice Ademola had granted Dasuki leave to travel abroad for medical treatment, but the presence of security agents‎ at his residence made it impossible for him to embark on the trip.

However, the DSS had explained that it was only trying to compel the former NSA to honour‎ an invitation of the presidential committee investigating the process for arms procurement in the Jonathan administration. ‎He has since denied receiving any invitation from the committee. In the suit filed on Monday by his counsel, Ahmed Raji (SAN), Dasuki had pleaded with the court to stop the siege on his house and to remove all impediments to his trip abroad for medical treatment. Ademola also asked the prosecuting counsel to confer with the attorney-general on the matter‎, scheduling next Monday for determination of Dasuki’s application.

He added that a new date for trial would be fixed since the house arrest of the former NSA had‎ taken part of the three-week leave granted to him by the court to travel. The court thereafter summoned the attorney-general to be present next Monday for definite hearing 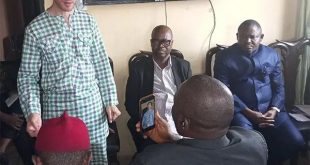