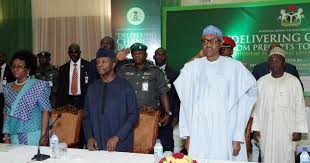 November 7, 2015 Comments Off on No Convoys, Aides For Minister Desginates,- Buhari 16 Views 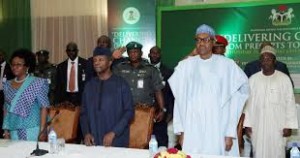 President Muhammed Buhari has barred convoy and retinue of aides for his ministers.

Dr. Chris Ngige, a minister designate briefing the State House correspondents at the end of a two –day retreat held for the 36 ministers designate at the Presidential Villa, Abuja, made the directive on the ban on the use of large convoy, aides known

“According to him, the President said the order was in line with the nation’s economic reality.
Asked to expatiate on what Buhari told them about the economy, Ngige said:

“Yes, we will be running a lean economy because we are going to block areas of leakages. Retinue of aides, protocol staff and large convoys of cars are things that will not fly in this administration.”

“The important thing is that we want to move our people from where they are now, they are in abject poverty which concerns about 75 percent of the populace. So, we need to actually restructure the political and social moment of the country and that is what we are going to do. That means poverty will reduce.

On his part, the Group Managing Director of the Nigerian National Petroleum Coporation and minister-designate, Mr. Ibe Kachukwu described the two-day retreat as a wonderful session.