Lawyers to Senate President Bukola Saraki walked out on the two-man panel of the Code of Conduct Tribunal in Abuja this morning in protest against a ruling that the trial will continue despite his appeal against the judgment of the Court of Appeal which affirmed the jurisdiction of the tribunal to entertain the case.

A counsel for Saraki, Mr. Mahmud Magaji (SAN), who announced the walkout on behalf of the defence team, described the tribunal’s ruling as judicial rascality.

Other SANs in the defence team, Saka Isau ‎and Ahmed Raji, also followed suit, as they led about 30 junior lawyers, who accompanied them to proceedings, out of the court room.

The tribunal had ruled that the prayer by Saraki’s lawyer for an adjournment could not be granted in view of the provisions of the new Administration Criminal Justice Act.

The CCT has adjourned till November 19 for trial. 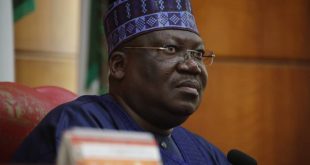