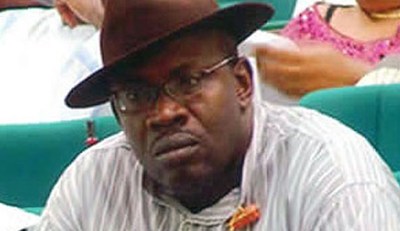 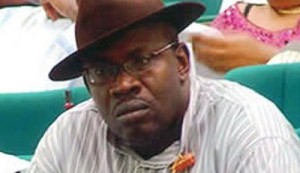 Since the campaigns began for the December 5 governorship poll in Bayelsa State, incumbent Governor Seriake Dickson has been quick to cast aspersion on the former governor, Timipre Sylva, who is the All Progressives Congress (APC) candidate. Governor Dickson’s predilection with raising alarms of impending violence in the poll has become like a broken record, repeated at every opportunity by the governor. Such spurious claims seem designed to smear Sylva’s endearment to the Bayelsa people, given the former governor’s political sagacity.

Long before the PDP ship sank all over the country from its impunity and lack of foresight and vision, Sylva was in the vanguard of change for a new progressive political platform. It was one which even Dickson had courted when he fell out of favour with his political masters in the PDP. So the campaign against Sylva is all sour grapes.

Dickson’s problem is that he has found it difficult to connect with the people of the state. He cannot understand how Sylva still commands massive loyalty across the state, despite the harassment that the PDP government at the federal level under former President Goodluck Jonathan and at the state level meted out to the former governor. But it is the result of Sylva’s record in office as a man of the people.

Sylva’s record as a man of the people in Bayelsa State is without compare in recent times. He had shown his commitment to peace, progress and harmony as governor between 2007 and 2012. He played a leading role in resolving the militancy crisis that he inherited in the state then and which plagued much of the Niger Delta. He was in the creeks, from where he is proud to come, meeting and negotiating with militants to accept the amnesty programme that was eventually implemented by then President Umaru Musa Yar’Adua and later Jonathan.
But how did Sylva engage with the militants and get them to commit to peace? It was a plan built on the philosophy that drove the Sylva administration in Bayelsa State – openness and transparency, commitment and vision, and consultation and continuity. It was a philosophy that should have culminated in the transformation of Bayelsa but for the unfortunate intervention of the manipulative forces in the PDP then. They were worried by the governor’s high political profile even during the Yar’Adua administration.

Espousing this philosophy of peace, Sylva said early in his 2008 Independence Day address in Yenagoa, “Violence in any form cannot now be tolerated at all because it can only serve to diminish our potential for greatness. I will soon be announcing a comprehensive programme of Disarmament, Demobilisation and Reintegration under which all armed groups operating in Bayelsa State must disarm and embrace the opportunities that Bayelsa State will offer every one of their members…

“My message to all armed groups is that Bayelsa State needs your sweat, not your blood!”
This charge set the tone for the reduction in attacks on oil installations, facilities and kidnappings that had plagued the state before Sylva became governor. But more importantly, it was the governor’s transparency that endeared him to the combatants and the people – a commitment borne out of deep experience, having been born and raised among the folks. Beginning from the old Rivers State, Sylva had represented his people, first in the Rivers State House of Assembly in 1991, and thereafter in various roles as political adviser and then governor.

With this pedigree, the ruling PDP in Bayelsa State must feel threatened, especially for a party that has lost touch with the people. Governor Dickson’s position is particularly precarious because in the history of Bayelsa he has run the most dictatorial and cabalistic government, so much so that even his key aides and allies complain of being shut out of the government and many have openly fallen out with him.

In governance today, especially in societies seeking to grow, the politics of inclusion is important. Inclusive governance carries people along in policy-making and implementation, two key points that stand Sylva out. His’ is a vision of inclusive growth for all Bayelsans. Therefore, the parroting of jaded excuses by the PDP must not be taken seriously, except as an attempt to mask its own failure.

In the last four years of the Dickson regime, the state has been stuck. Development across all sectors has taken a back seat and Bayelsa State, despite the huge oil income that was earned from 2012 to 2014, has not made progress. This is also in spite of robust plans and structures put in place by the Sylva regime in his first term to move the state away from the state of a primary economy to manufacturing and value – added industries.

The Sylva administration laid the vision for the economic diversification of the state with the launch of a Central Business District in Yenagoa, and the physical transformation of the state with the three senatorial roads designed to link up communities across the state. The roads are the Nembe – Brass Road in Bayelsa East, Oporoma-Yenagoa Road in Bayelsa Central, and Ekeremor-Yenagoa Road in Bayelsa West. It was a bold move to grow the state, in addition to the bold vision for human capacity development. It is the least Bayelsans look forward to as Sylva begins his march back to Government House Yenagoa come December 5.