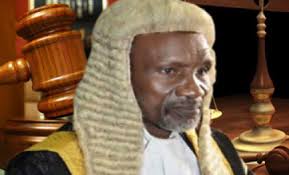 October 29, 2015 Comments Off on CJN Warns Politicians Against Attack on Judges 16 Views

The Chief Justice of Nigeria, Mahmud Mohammed has admonished politicians especially heads of government , to refrain from disparaging the integrity and reputation of the judiciary, reacting to some comments that have trailed the ruling of some election tribunals.

The CJN urged all aggrieved parties to lodge their petitions at the national judicial council, assuring them that appropriate investigation will be done and those found culpable will be sanctioned.

“The chief justice of Nigeria, Hon Justice Mahmud Mohammed, has admonished politicians, most especially heads of government, to refrain from disparaging the integrity and reputation of the judiciary,” read a statement issued on Mohammed’s behalf by Ahuraka Isah, his spokesman.

“This is against the backdrop of reactions to outcomes of some governorship, national and state assembly election petition tribunal matters in the country, where some politically exposed persons, state governors and even lawyers to some litigants averred that these verdicts were influenced by money and political pressure.

“It is not enough to attack judges over corruption and bribery allegations and look away when thugs enter courts to beat judges, tear court processes and bomb the courts to prevent the delivery of some judgments.

“His lordship insists that the fight against corruption is a collective responsibility especially amongst public officials, particularly the state governors who are equally the chief security officers of their respective states.

“Corruption is a common denominator experienced by all sections of government and as such, each head of government should look inward to devise strategies that will clear the Augean stables of corruption.

“The Hon CJN urged state governors and public office holders to be sincere in the fight against corruption, noting that action speaks louder than words.”