President Muhammadu Buhari extends his best wishes for a triumphant outing to the Golden Eaglets of Nigeria who are in Chile to participate in this year’s under-17 FIFA World Cup Tournament.

As the tournament opens tomorrow, President Buhari urges the Golden Eaglets to do their utmost best to match the outstanding performance of their victorious predecessors who have won the competition four times including the inaugural edition in 1985 and the last tournament in 2013.

The President assures the Golden Eaglets and their handlers of the full support of the Federal Government and all Nigerians as they strive to bring more sporting glory to their fatherland by outplaying all their opponents in Chile and winning the Under-17 World Cup for a record fifth time.

President Buhari will follow the team’s progress through the tournament in Chile with keen interest and high expectation in the belief that the boys have the skills, dedication and determination required to make Nigeria world champions at the youth level once again.

He calls on the players to stay focused, avoid all distractions and put their globally acknowledged skills, ability and doggedness on display against the USA tomorrow, Chile on October 20, Croatia on October 23 and in all their subsequent matches to win the tournament and give millions of soccer-loving Nigerians the perfect end-of-the-year gift.
Garba Shehu 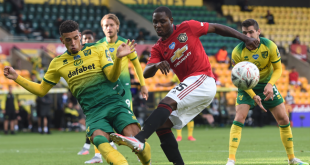