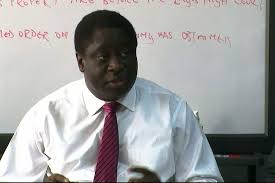 Speaking at the Infrastructure Policy Commission session of the Nigeria Economic Summit Group (NESG) moderated by the Group Manging Director of UBA, Mr. Philips Oduoza, yesterday in Abuja , Dr. Wale Babalakin, Chief Executive Officer of Bi-Courtney, the company that won the concessional rights to the Federal Secretariat project conversion, lamented whet he called the “colossal losses suffered” by his company because of government tardiness.

Babalakin told the gathering “the total loss on the project is in the excess of N80billion. Once again it was the failure of the Government to honour its obligations under the Agreement that led to the project being stalled.”

However, before Bi-Courtney entered into the agreement, Babalakin said the “the Development Lease Agreement actually anticipated this scenario. Clause 3.2(iv) provides that that the Federal Govt shall facilitate the obtaining of a ‘No Objection Approval’ from the Government of Lagos State to change of use of the premises from offices to residential apartments.”

On the controversial Lagos-Ibadan Expressway, Babalakin was also concerned that three years after, the road is still in a mess, stressing that “by now, the concessionaire would have completed the project to the benefit of Nigerians.”
The Bi-Courtney boss also decried the sale of assets to the Asset Management Company of Nigeria (AMCON) noting that “the assets were sold at 100%. The implication of this is that they were good assets.”
However in what he described as a “breach of Nigerian Laws” Babalakin said “a Federal government agency moved against those assets. It was a wrong and disgraceful move. Rightfully the Court upheld the rights of the Concessionaire and dismissed the claims of AMCON.”

In spite of a court order directing the federal government to set off whatever AMCON alleges that these companies are owing from the debt that the Federal Govt is owing the companies, this order he said has not been obeyed till date.

As a result of this government infraction of a court order, Babalakin noted that “in law, Bi-Courtney and also its sister companies are not indebted to AMCON. On the contrary , Bi- Courtney is a net creditor to the federal government . Painfully the system does not recognize that once the government is a debtor, no serious economy can be created.