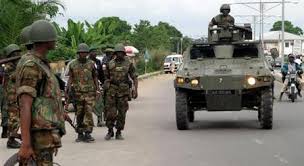 October 4, 2015 Comments Off on No soldier Died in Abuja Bomb Blasts – Army 53 Views 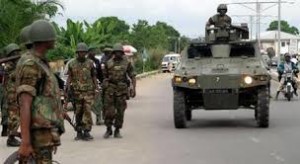 The Nigeria Army on Saturday has dismissed the reports that a soldier was among the victims of the Friday bomb blast in Kuje and Nyana areas in Abuja.

In a statement issued in Abuja on Saturday by the spokesman of the Nigeria Army Guards Brigade, Bashir Jajira, said all the 17 casualties including the suicide bombers were civilians.
He said all the victims both dead and injured person in the two attacks had been taken to the Kuje General Hospital and the National Hospital.

“At about 09:30 p.m. last night, two bomb blasts were recorded at Kuje, one near the Kuje Area Council Police Station and the other near the Kuje main market.
“In Nyanya three lives were lost comprising two suicide bombers and one civilian died and three civilians were injured in the bomb explosion.

“In both incidents no casualty was recorded from the military,” Mr. Jajira said.
The Friday bomb attack is the first in the nation’s capital after President Muhammed Buhari ordered the removal of military roadblock.

But despite the efforts, the insurgents sneaked in on Friday and descended on Kuje , a few meters from the city centre, blowing up the market and a police station.

In what appeared to be a simultaneous attack, the insurgents bombed Nyanya- another populated town in Abuja killing several people.