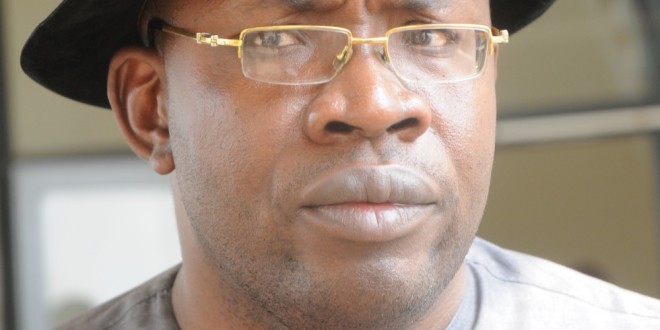 The Timipre Sylva Campaign Organisation has alerted the people of Bayelsa State and Nigerians, generally, to a plot by the Peoples Democratic Party (PDP) and its governorship candidate, Hon. Henry Seriake Dickson, to cause mayhem through the sponsorship of anti-All Progressives Congress (APC) demonstrations.

The warning followed a threat by a “shadowy group of thugs,” code-named “Mangrove Boys of Bayelsa” to stage a protest against the APC candidate for the 5 December governorship election in the state, Chief Timipre Sylva.

The Sylva campaign, in a statement in Yenagoa by Mr. Doifie Buokoribo, described the sponsored protest as another manifestation of fear and frustration which Dickson and PDP have displayed since Sylva emerged the APC candidate. It said Dickson and his party should be held squarely responsible for any breakdown of law and order that could emanate from the protest they were instigating.

The statement said, “The Timipre Sylva Campaign Organisation is aware of the frenzy of sponsored media activity by Hon. Henry Seriake Dickson and PDP against the candidacy of Timipre Sylva. This campaign began before Sylva’s emergence as the APC governorship candidate, and it was clearly purposed to ensure that APC presented a candidate that would give Dickson an easy victory.

“Having failed in the bid to manipulate the emergence of an APC candidate that can be defeated, and realising the fact of Dickson’s imminent loss at the 5 December poll, the embattled governor and his party have deployed everything at their disposal to try to denigrate Sylva’s candidacy. They have packaged a multi-billion naira media campaign, not to tell the world what Dickson has done and can do for Bayelsa, but to try to vilify Sylva.

“The media campaign having proved futile and failed to check Sylva’s ever growing popularity before the masses, in frustration, Dickson and PDP have moved their anti-Sylva campaign to the street.
“The shadowy world of mischief created by Dickson’s fear of the political stature of Sylva and his frustrations about the reality of Sylva’s imminent victory can no longer be concealed; they are now being brought to the open.
“Dickson and PDP have recruited a shadowy group of thugs, named the Mangrove Boys of Bayelsa, which they intend to use to create mayhem in the state in the guise of an anti-Sylva protest. The sponsors of this violence should be held directly responsible by the Nigeria Police and other national security forces for any breakdown of law and order in the state as the good and peaceful people of Bayelsa go towards the election on5 December to choose a new governor.
“We recall that this same group, ‘Mangrove Boys of Bayelsa’, had in the thick of the 2015 Presidential Campaign serially threatened the wife of the former president, Mrs. Patience Jonathan. They even warned her not to visit Bayelsa for the PDP Presidential rally, accusing her of using the state chapter of the Transformation Ambassadors of Nigeria to undermine Governor Dickson. Now that Mrs. Jonathan and Dickson claim to have settled, the Mangrove Boys of Bayelsa and their principal have found a new enemy in Sylva.

“In a way, we agree that the coming election is about Sylva. The election is about the birthing of a prosperous Bayelsa through Sylva, or the negation of progress through opposition to his candidacy. Dickson and his few cohorts may choose to negate progress, but they must keep that choice within the confines of their negative media campaign – which does not perturb Sylva and the vast majority of the Bayelsa electorate – and wait till5 December to say their minds through the ballot box.

“APC has chosen its candidate as constitutionally prescribed and it is not the place of PDP to question that choice. The only lawful avenue of opposition to the APC choice is the ballot box. Dickson must accept the reality of the ballot box, as the ungodly syndicate that brought him to power in 2012 has become history.”