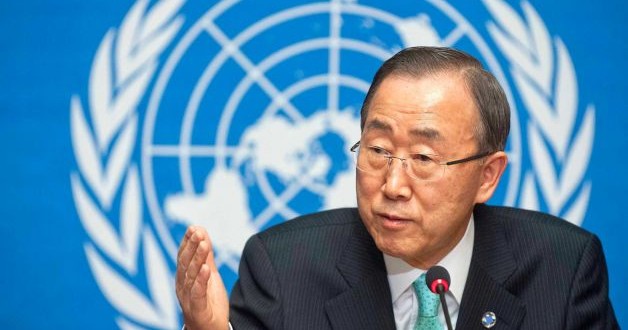 Mr. Ban Ki-moon, Secretary-General of the United Nations, on Saturday, announced that the organization is committing over $25billion in initial commitments, spanning five years, to help end preventable deaths of women, children and adolescents.

Ki-moon, who disclosed the development during the ongoing UN General Assembly holding in New York, stated that the fund is also meant to ensure the health and well-being of the affected persons.
He said, “The Global Strategy for Women’s, Children’s and Adolescents’ Health, which I am proud to launch today, will help to build resilient and healthy societies.

“We have shown that our partnership can yield concrete results. I, and the entire UN system, remain dedicated to saving and improving the lives of the most vulnerable amongst us.”
The pledges made towards the proposed project include contributions from the United States ($3.3 billion), Canada ($2.6 billion), Sweden ($2.5 billion), Germany ($1.3 billion), Norway ($420 million), Netherlands ($326 million) and Korea ($300 million) among other donor countries.

The amount pledged so far was put at an estimated $6billion of in-kind contributions, as well as commitments to the Global Financing Facility in support of Every Woman Every Child, launched during the Third International Conference on Financing for Development, in Addis Ababa in July.

The Global Strategy and commitments to it build on 15 years of progress under the Millennium Development Goals and the Every Woman Every Child movement, a partnership launched in 2010 to mobilise and intensify international and national action by governments, the private sector and civil society to address the major health challenges facing women and children.