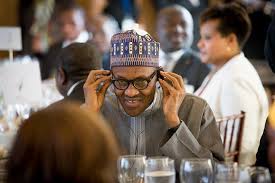 September 27, 2015 Comments Off on Trial Of NNPC Looters To Begin Soon- Buhari 9 Views

The Federal Government will soon begin the trial of the looters of Nigeria National Petroleum Corporation(NNPC) revenue under past administration.

President Buhari made this known on Sunday at a meeting with Chinese President Xi Jinping on the sidelines of the ongoing 70th United Nations General Assembly in New York, United States.

Though the president was not specific about any suspects that will go on trial. But there are feelers tilting towards the immediate former minister of petroleum and some top NNPC executives as well as the private sector chiefs.
The President reaffirmed his determination and commitment to sanitize the oil industry and make it totally corruption free.

In other to achieve this ,he said, the first necessary step had been taken by appointing a new management team, led by Dr. Emmanuel Kachikwu for the NNPC.