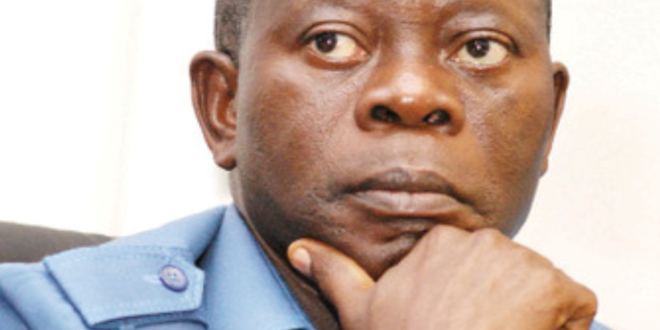 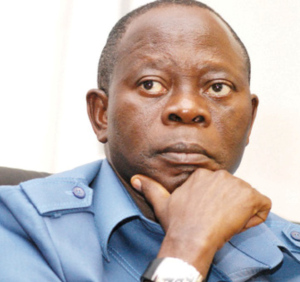 Winner of the All Progressives Congress governorship primary held on Tuesday in Bayelsa State, Chief Timipre Sylva, has described Governor Adams Oshiomole a liar  and mischief-maker.
In a statement by his Media Adviser, Doifie Buokoribo , Sylva dismissed claims by Oshiomhole, who headed the APC Electoral Committee, that he had disrupted the electoral process and in fact aborted it.
Sylva said : “It is unfortunate that people like Adams Oshiomhole, the governor of Edo State and former president of the Nigeria Labour Congress, who pretend to be incorruptible, would conduct himself in the manner in which he did in relation to the Bayelsa State governorship primary. It was clear that Oshiomhole never wanted to conduct the primary as scheduled.
“First, on his request, the primary was shifted from its earlier date of Saturday, September 19 to the Tuesday, September 22 date. The grouse of the delegates was that the primaries had been shifted once on Oshiomhole’s request. That shift caused enough hardship already. The ‘comrade’ was again shifting the goal post, without giving consideration to these hapless delegates. It was that frustration that we were managing. It is so sad that the governor did not appreciate our effort.
“Second, as chairman of the APC Electoral Committee, Oshiomhole knew full well that accreditation of delegates was to begin at 8am on Tuesday, September 22, but he came to the venue of the programme well past 12 noon. After he arrived at that late hour, he proceeded with a meeting with the committee members and another meeting with the aspirants. He clearly had preconceived plans about the Bayelsa APC governorship primary.
“Third, Oshiomhole cannot really say anything about the primary election because he had left the venue at the time voting commenced. Oshiomhole set the process in motion for voting to commence before he excused himself on the grounds that he was going to eat, and he mandated other members of the committee to carry on without him.
“The world needs to know that the Bayelsa State Electoral Committee is made up of seven members, and of the seven only Oshiomhole left. The other six remained, conducted the primary and declared Sylva winner of the exercise.
“Fourth, it bothers on pettiness for Governor Oshiomhole to quote me as antagonist to new entrants to our party. Every discussion I had with the governor was public. The only private conversation I had with him was when he walked up to me and asked me if I truly believed he was working against my interest. To that I answered ‘YES’. As a man of integrity (?) he even offered to step down as chairman. If he had stepped down would that have invalidated the primaries? We should refrain from exaggerating our worth and integrity. Let other good people judge our character.
“After all, I was the one that received all new entrants. Oshiomole was invited and he did not come.
“Fifth, Oshiomhole came to Yenagoa with a clear agenda, which was to get me out of the race at all cost. We are aware that he had been lobbying at the centre to get me out of the race in order to pave the way for one of the aspirants. Indeed, one of the aspirants had boasted openly that Oshiomhole would cancel the primary once he arrived, shortly before his arrival.
“Oshiomhole should not tell lies, if I was not there, contrary to his insinuation that I rented thugs to manhandle him, the crowd would have manhandled him. I personally accompanied Oshiomhole to the gate when he was going to eat.
“Seventh, if Oshiomhole has anything personal against me, let him tell the world. We are shocked that the man who claims to be morally upright with a strong ethical orientation would land in Yenagoa for an exercise in which he ought to be an impartial arbiter with a helicopter provided by a friend of one of the aspirants.”