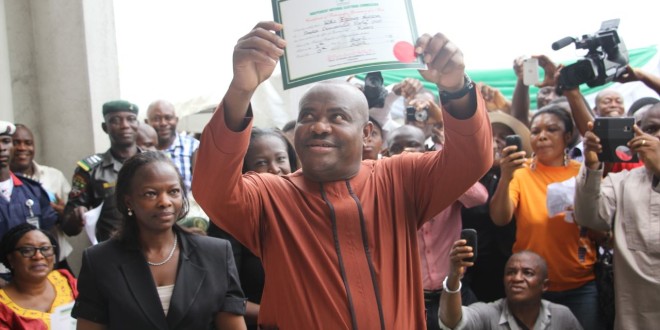 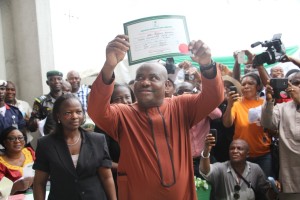 Rivers State Chapter of the All Progressives Congress (APC) has disagreed with comments credited to the National Publicity Secretary of the Peoples Democratic Party (PDP), Chief Olisa Metuh, on the likelihood of PDP to win a governorship election should there be any rerun.

The state APC explained that contrary to Metuh’s claim, the State Governor, Chief Nyesom Wike, was spending his last days in office.

Metuh had said that though he was not expecting Rivers PDP to lose at the tribunal, the ruling party in the state would win with a wider margin should there be a rerun of the governorship poll.
But a statement signed by the State Chairman of APC, Dr. Davies Ikanya, indicated that the opposition party would win if the tribunal called for a rerun.

“Chief Nyesom Wike of the Peoples Democratic Party is spending his last days in office as Governor of Rivers State. Just like PDP, we as a political party are also eagerly looking forward to a re-run of the Rivers State governorship election.

“Contrary to the empty boast of Metuh that PDP shall win even above 1.5 million votes in the envisaged re-run elections, we make bold to tell him that PDP died in Rivers State the day former Governor, Chibuike Amaechi, in November 2013, led all those who mattered in the party to join the APC and took a front seat in the vanguard for Nigeria’s political emancipation.

“We are convinced that our candidate, Dr. Dakuku Peterside, shall win the expected re-run governorship poll with a landslide as he has the full support of the good people of Rivers State.
“We sympathise with Chief Metuh in his new role as an unprepared spokesman of the opposition.

As we tell him, prepare for a big shock as Wike can never be elected by the Rivers State people in any free and fair election devoid of violence, killing and rigging as Rivers people do not only know him but also know what he stands for.”

Reacting, the State PDP Chairman, Chief Felix Obuah, said it was wrong for the APC in the state to expect Rivers people’s votes when the immediate past governor left a huge debt for Wike.
Pointing out that though PDP in the state was not expecting a rerun of the governorship election because votes garnered by Wike were sacrosanct, Obuah boasted that PDP would embarrass APC with a landslide victory should there be a rerun.

Obuah, who spoke through his Special Adviser on Media and Publicity, Mr. Jerry Needam, wondered how the APC would win a rerun in Rivers when the council chairmen and councillors on the ground were all PDP members.

He added that with ability of the current governor to pay arrears of salaries owed workers, pensioners, sportsmen and students on scholarship, the people of the state would “naturally” vote for him.

Obua said, “Metuh was absolutely correct; even if there is a rerun today, the PDP will floor the APC. Secondly, the votes Governor Wike garnered are sacrosanct. APC members are already coming to us and we are keeping our doors open.