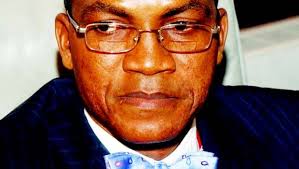 Following the current decline in the price of crude oil, Debt Management Office has called on all states of the Federation to work hard towards dependence on their internally generated revenue in order to bridge the financial gap.

Dr. Abraham Nwankwo, Director-General, DMO, made the call on Monday in a paper entitled: ‘Deploying public debt management operations to enhance fiscal balance of states’ at a forum organised by the African Heritage Institution in Enugu.

Nwankwo, who said that the decline in the price of crude oil was a permanent phenomenon, lamented that Nigeria had squandered the opportunity provided by several decades of easy oil money for sustainable physical and human capital development.

He warned that state governments had no other choice than to increase their internally generated revenue, adding that government at all levels should, henceforth, stop paying lipservice to the need for economic diversification.

“The poorest state in terms of resources base is richer in resources than Israel, which has become one of the most developed nations in the world despite having little or no natural resources.”
Nwankwo stressed the need for IGR to form the main resource base of the states, instead of federal allocations, which he said should be considered as “exceptional in-flows.”

He also identified the need for regional alliances among states for joint capital projects to enable them achieve fiscal and economic viability.

The DMO boss added, “It is important for states in particular regions to work together and collaborate on projects that are ordinarily difficult, but will be easier when executed collectively; that way, they could enjoy economics of scale.”

Nwankwo stressed the need for a master plan to turn around the economy, which he said had fallen flat.